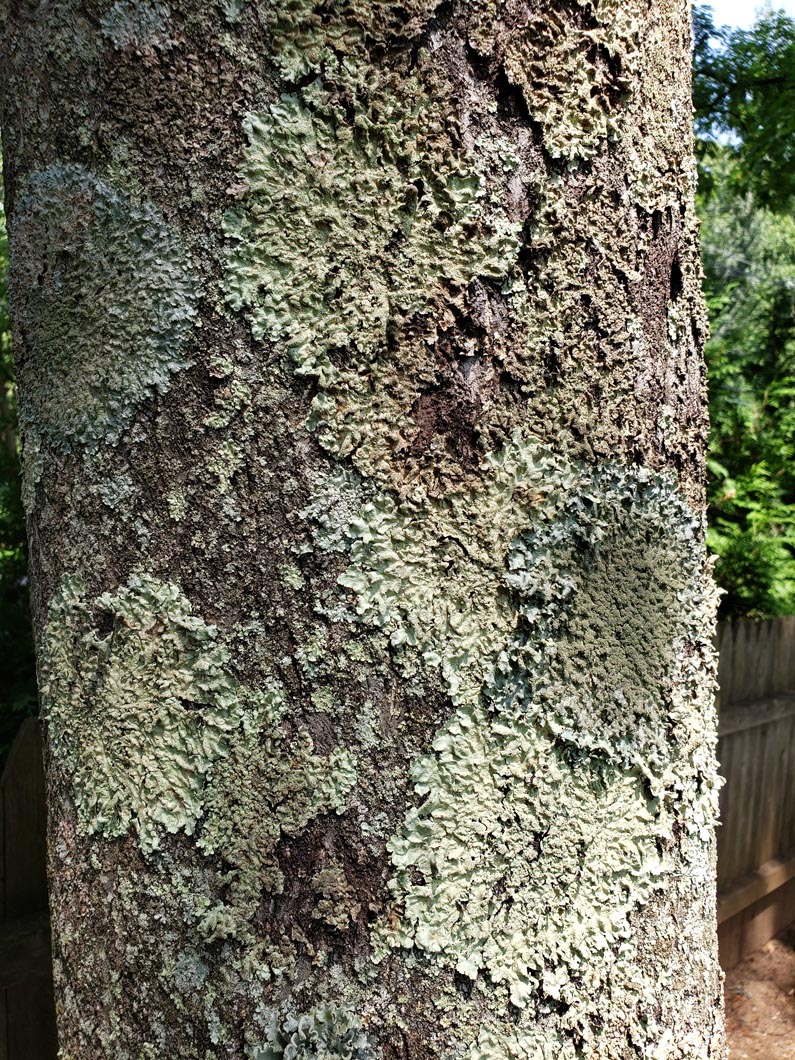 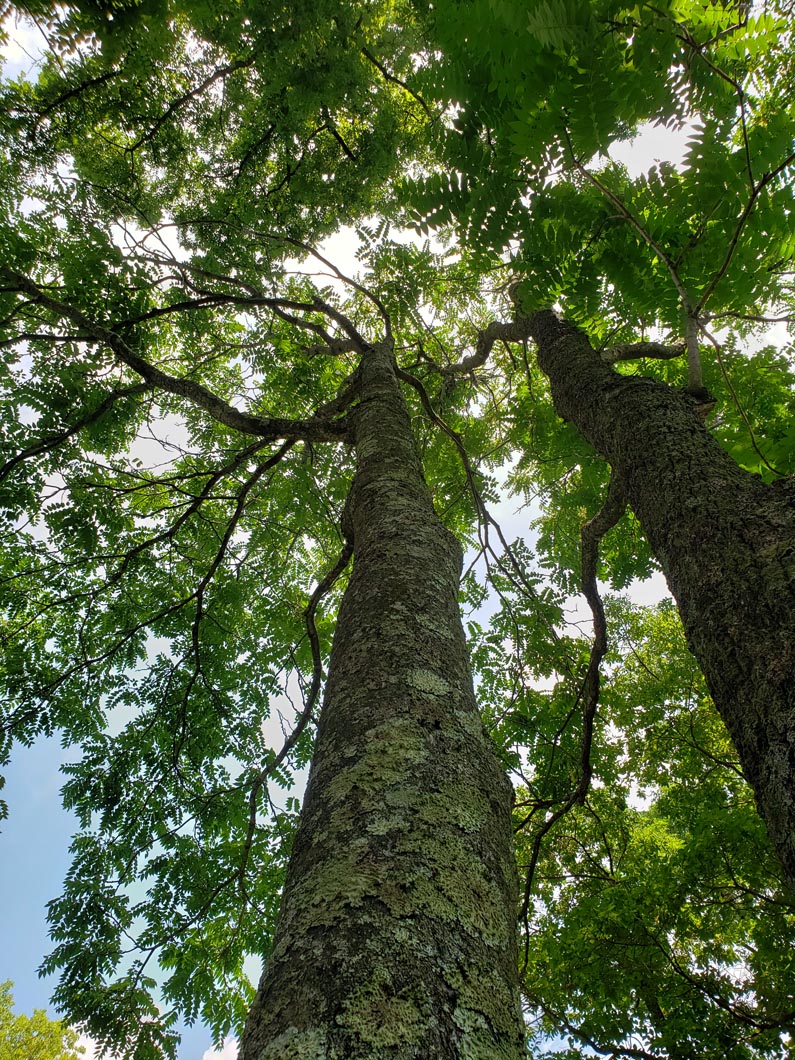 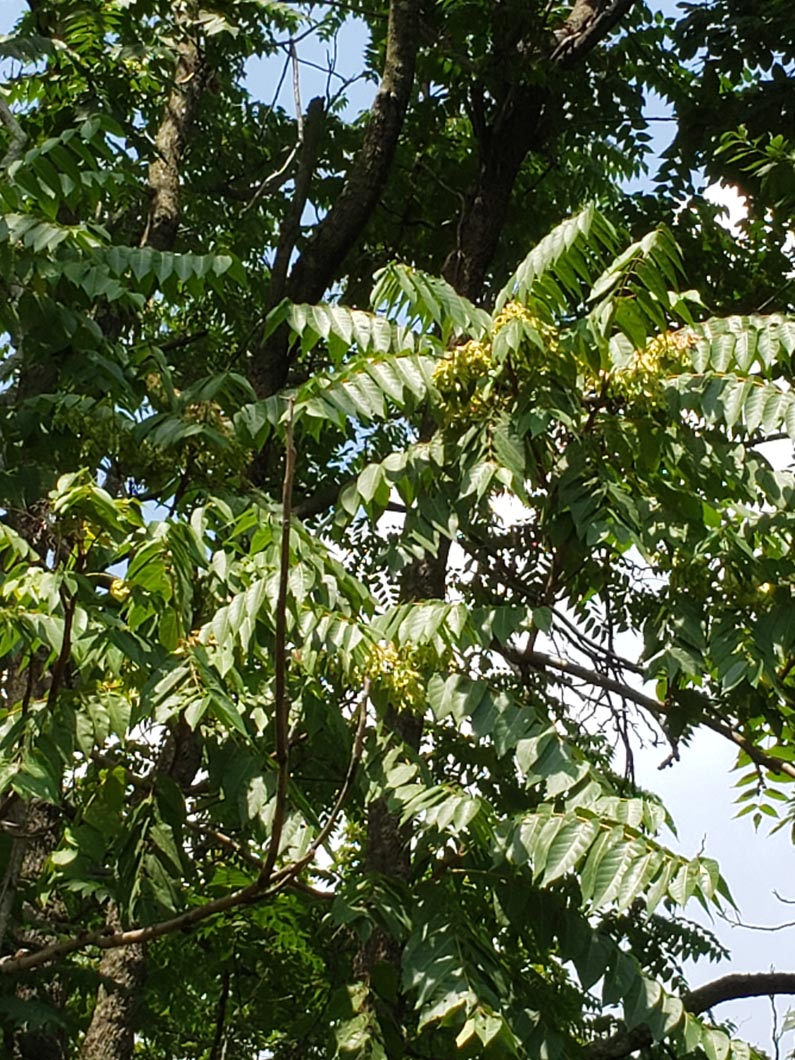 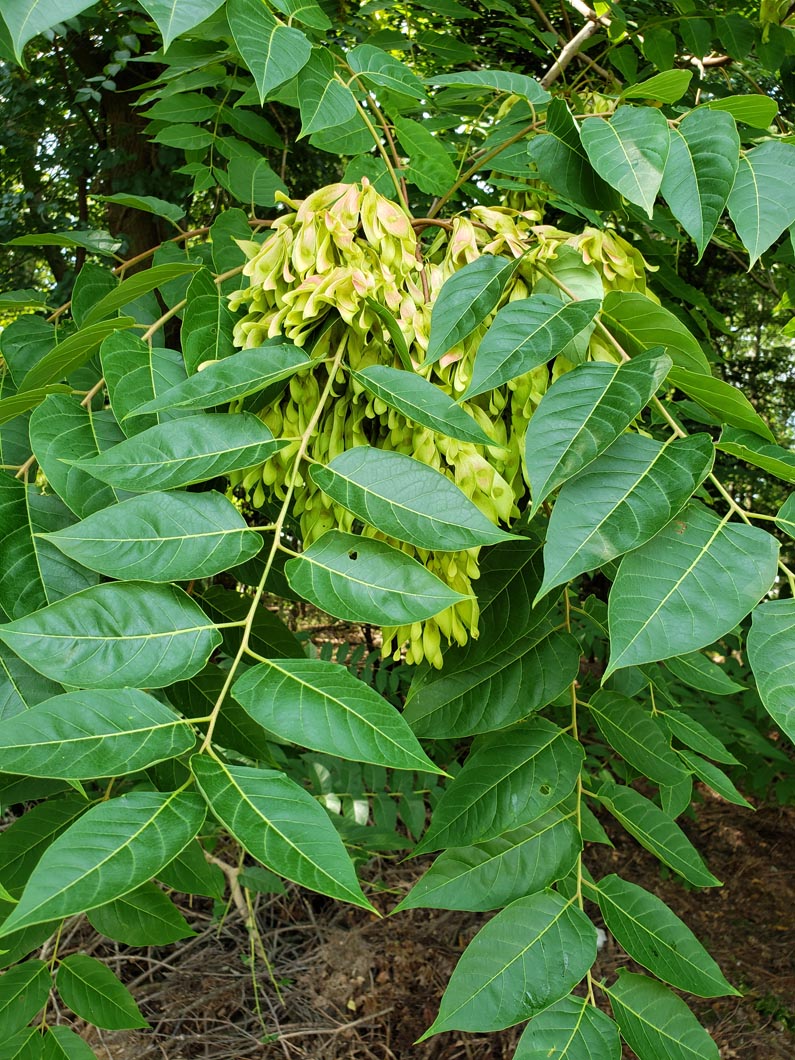 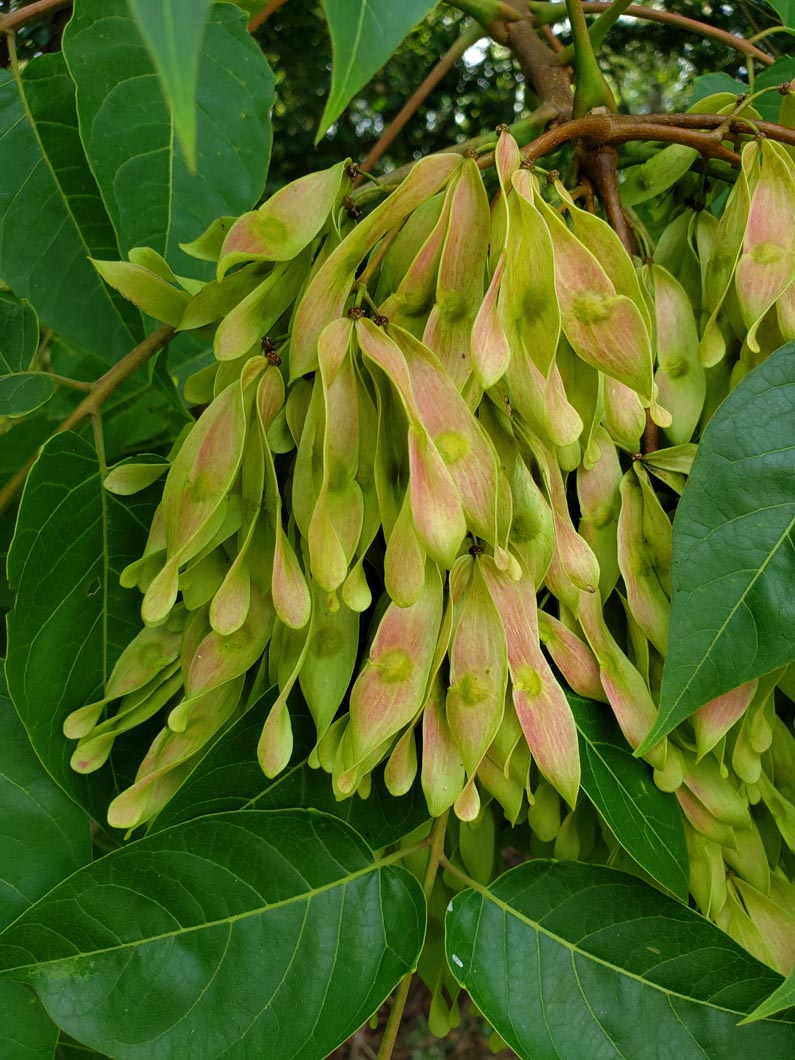 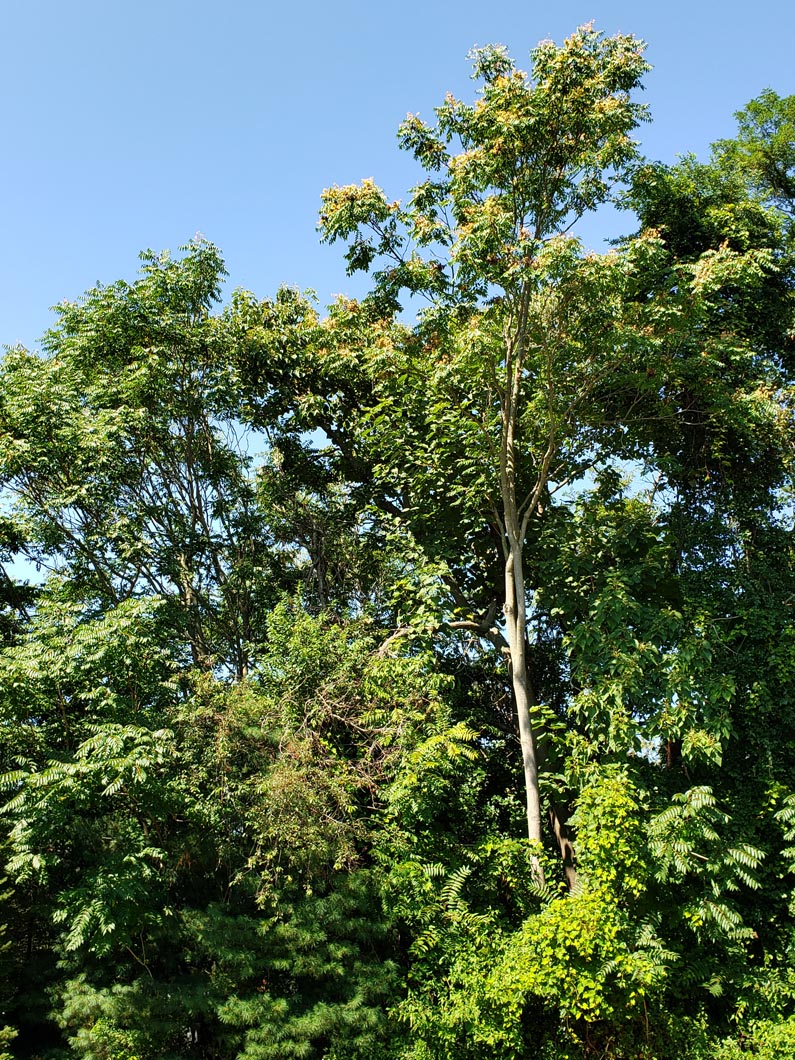 A beautiful name for a tree, often considered a noxious weed. In Victoria, Australia, its cultivation is strictly forbidden. Introduced to the U.S. in 1784 from China, it has since naturalized and has been proclaimed as an invasive species in USDA Hardiness Zones 4 to 10. More tolerant of soot, grime and industrial pollution than almost any other tree, it can grow anywhere in any soil. This can be a problem sometimes when it grows in cracks of sidewalks or parking lots or even dirt filled gutters. Once rooted, the Tree of Heaven will grow 40 to 70 feet tall with a spread of 30 to 50 feet. The rate of growth is extremely fast, especially when young, growing 4 to 6 feet in a single season. They have the ability to come right back after being cut to the ground due to its deep root system. The tree does have some attributes besides its incredible tolerance to abuse. Attractive dark green compound leaves consist of 12 or more leaflets and can be over 2 feet long. The bark is grayish with brown and white vertical streaks extending up the trunk to its open and spreading crown. Yellowish-green flowers appear on both male and female trees in June and turn into the yellow –green samaras on the female plants in July. Samaras may turn to orange-red in August and then persist into winter as a pale brown. The wind-blown seeds then very easily take root the next spring. These trees formerly had no significant pests here in the US, but recently a new invasive called the spotted lantern fly has arrived in the northeast. This extremely aggressive insect primarily feeds on Tree of Heaven, but is not host specific, so when it runs out of its favorite species, it attacks other native trees including fruit trees and grape vines. If you have Tree of Heaven nearby, keep an eye out for this new destructive pest.