The Sweetbay magnolia is a smaller native tree, usually found as an understory tree in semi-wet areas in the Eastern United States from New York to Florida.  Also known as the Beaver Tree as its fleshy roots were once used by trappers to attract beavers.  It was the first magnolia from North America brought back to England for propagation in 1678.  Typically reaching 15’-25’ in height and width, it can occasionally attain 40-50’ with records of trees approaching 100” in the deep south.  Sweetbays prefer a moist, rich, loamy soil, and will flower best in full sun, with 4 or more hours of direct sunlight, but tolerates partial shade.

Normally the Sweetbay magnolia is multiple stemmed but can be grown as a single stemmed specimen in the landscape.  The bark is smooth and gray with green twigs and pointed, waxy green buds.  The leaves are 4-6 “long by 1.5-2” wide with a glossy green color and a waxy silver underside which is visible as the leaves flap in the breeze.  Fall color can be a medium yellow, but often leaves just turn brown and shed.  Sweetbay magnolia is considered semi-evergreen as while most of the leaves will drop in the fall, there are usually some leaves that persist through the winter making for a good winter ID feature.

Unlike most of the Asian varieties of magnolias which bloom in mass, the Sweetbay magnolia blooms in a scattered and intermittent pattern.  The lemon scented flowers are creamy white and 2-4” across.  They will flower for 2-3 days, closing nightly before the petals drop and new flowers bloom sporadically from May to June.  They are a great patio tree due to their size and wonderful fragrance which is best appreciated up close.

The seeds emerge in green cone-like structures called an aggregate of follicles like all magnolias.  By late summer to early fall the red seeds mature and are a favorite food source of squirrels, turkeys and many species of songbirds.  The Sweetbay magnolia is fairly resistant to most insect and disease pests, but they should be protected in the fall from deer as bucks love to mark their territory by rubbing on the bark of most magnolia species.  Overall, the Sweetbay magnolia is a tough native tree that is great for wet sites or intimate spaces. 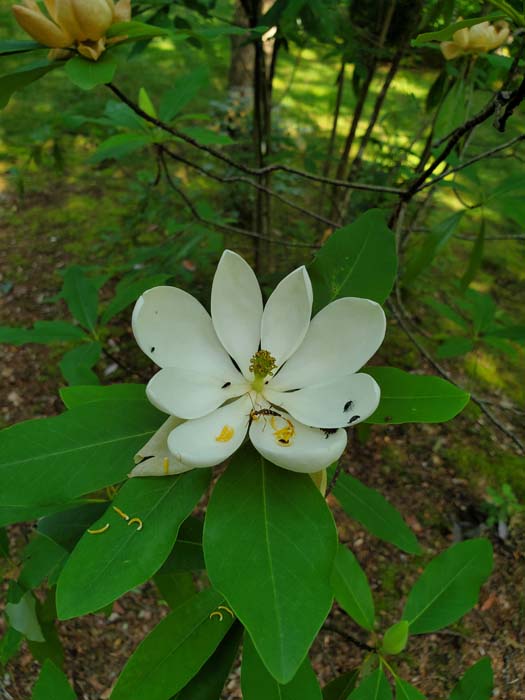 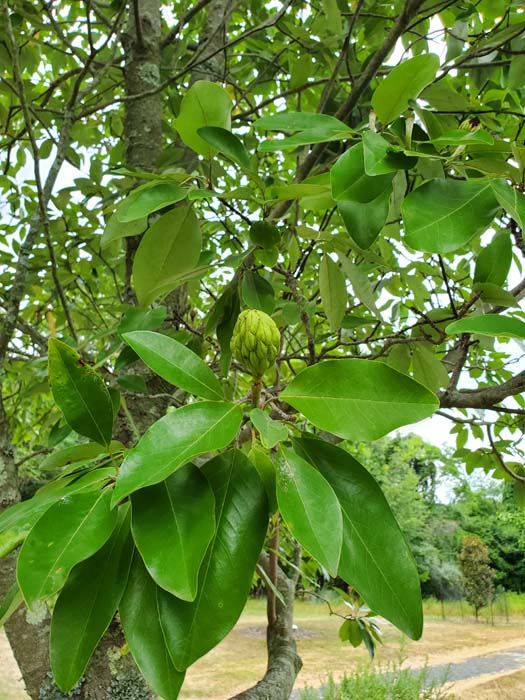 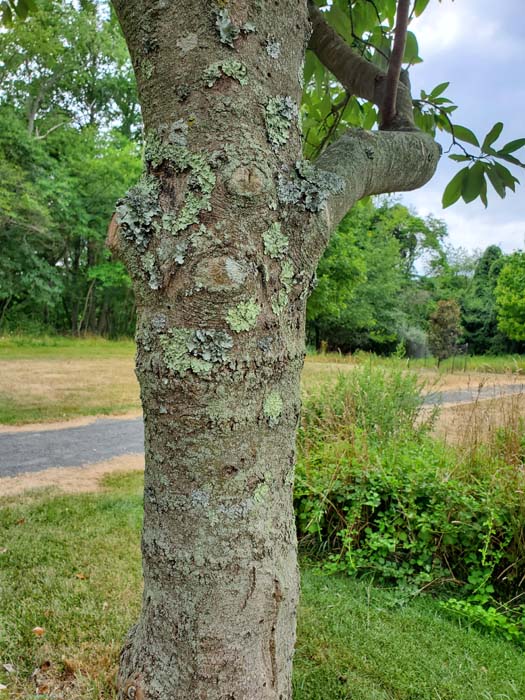 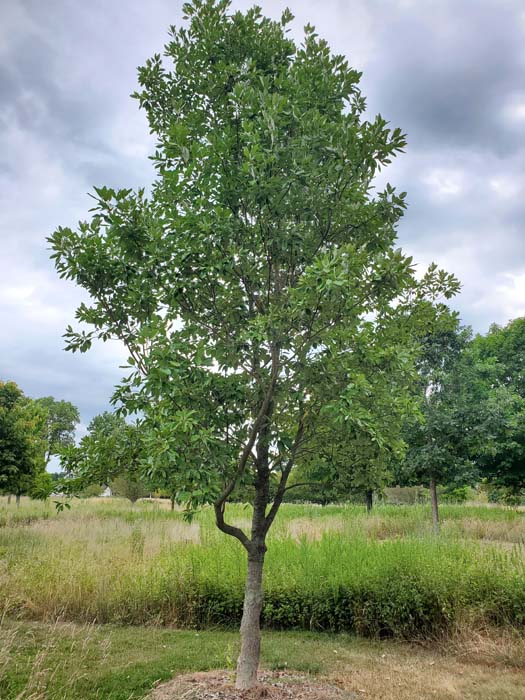 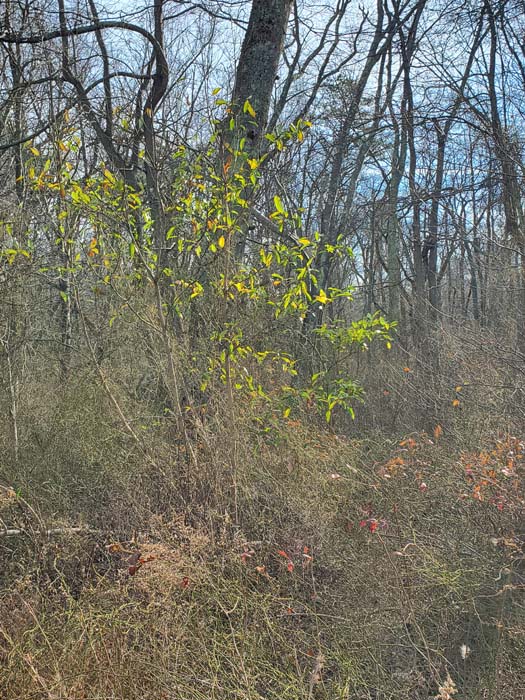 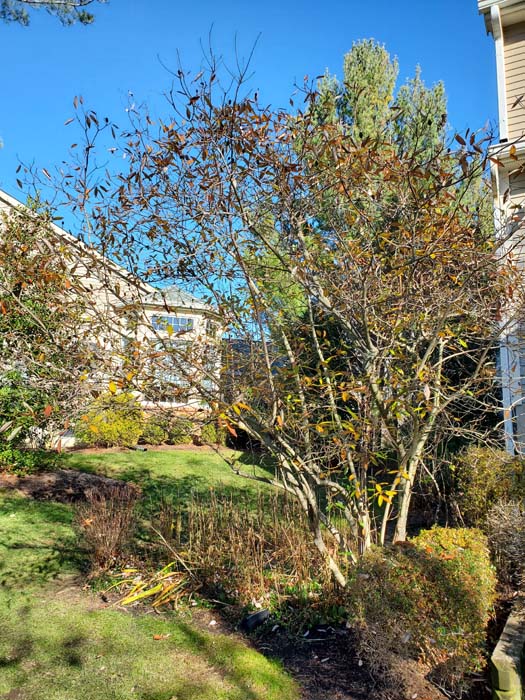 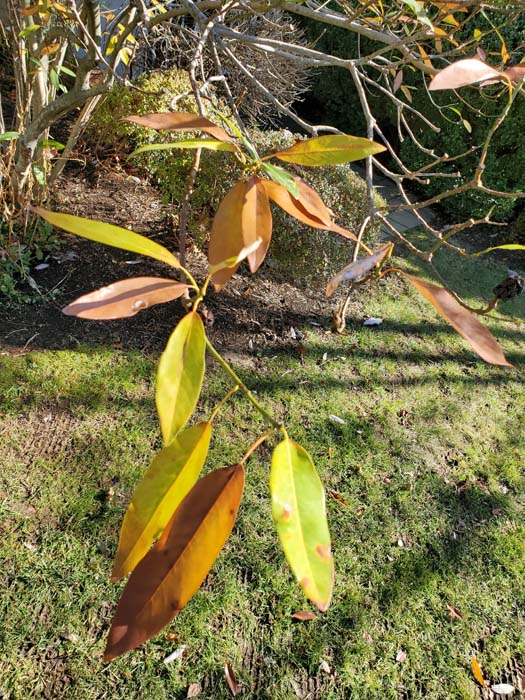 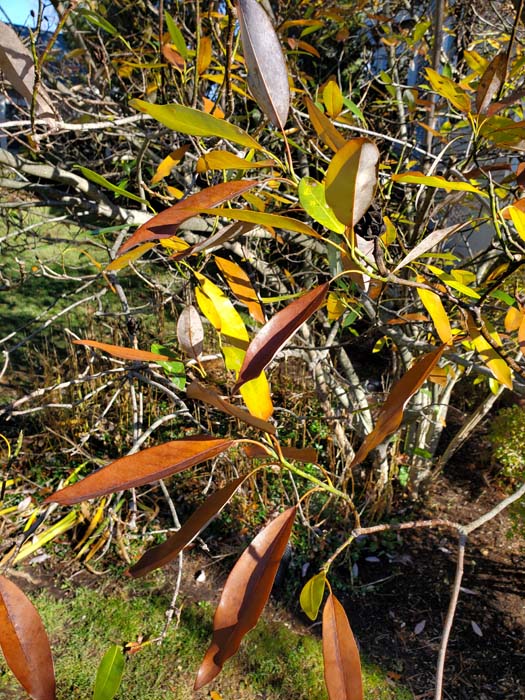