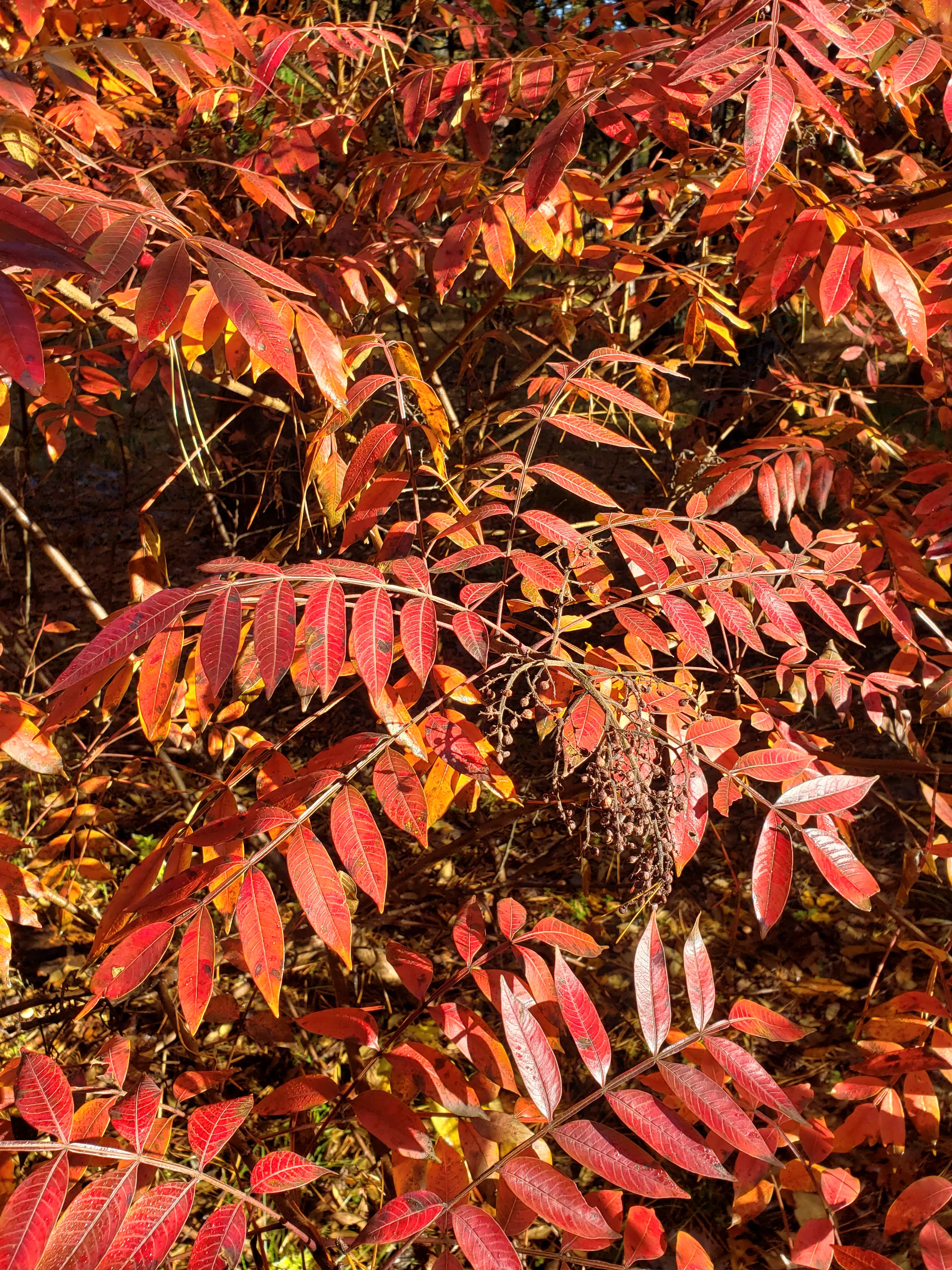 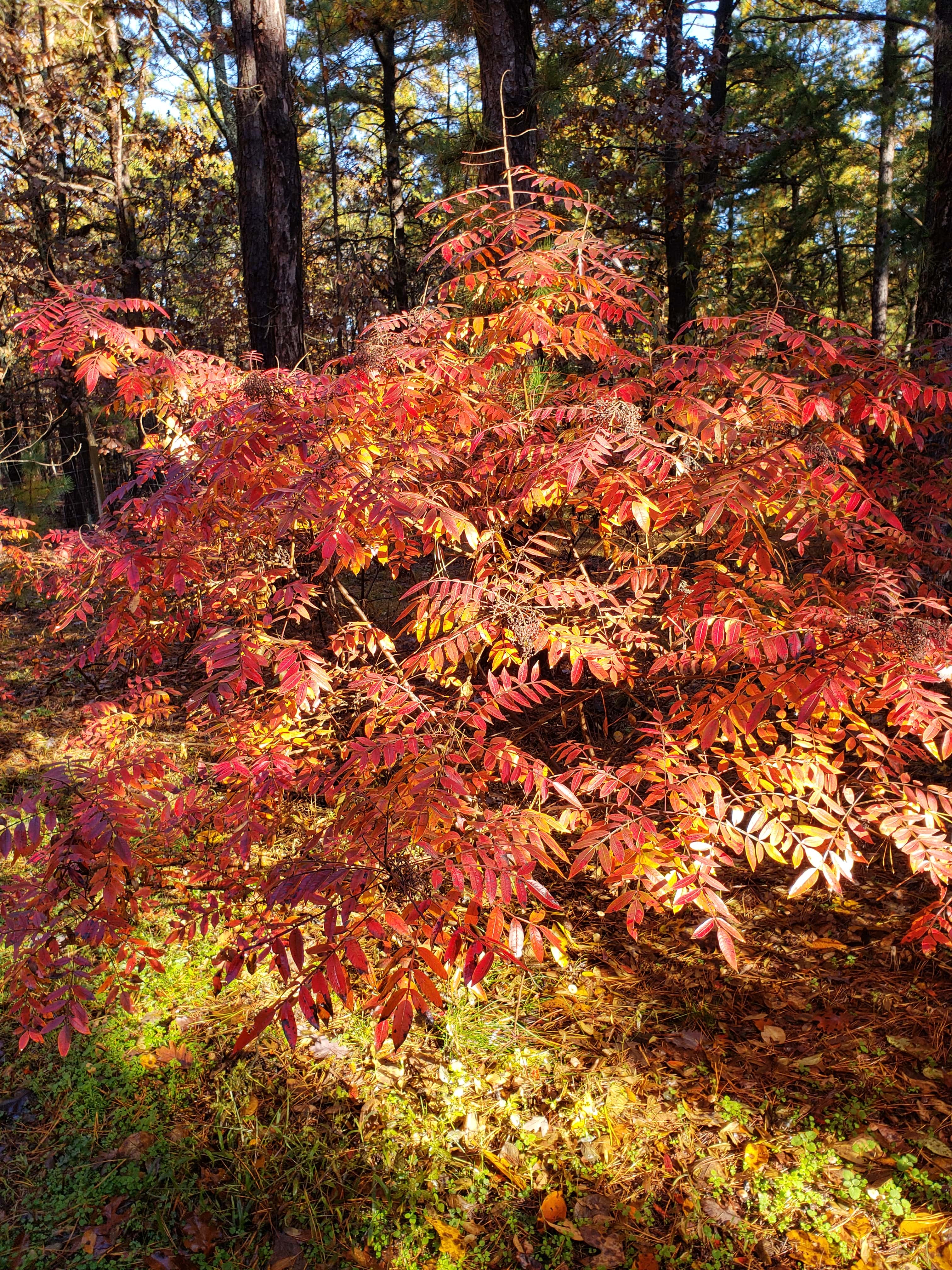 A small, fast growing native, smooth sumac is an ideal plant for troubled soils.  Native to the Eastern United States, it has been cultivated since 1629 and distributed throughout most of the country since then.  Commonly seen along highways and railroad tracks, it is highly tolerant of poor soils and urban pollution.

Today Smooth Sumac and other members of its genus are finding their way into nurseries and gardens.  They can be used as freestanding trees, large shrubs or for mass plantings and borders.  The fact that they are fast growing and yet stay small is a good selling point.  They are highly invasive, however, and must be monitored.

Flowers emerge in June or July, borne in 6 to 10 inch long greenish-yellow panicles.  Hairy red fruits called drupes form in tight upright clusters where the flowers once were persist until winter.  The fruits can be squeezed to make a pleasantly sour drink, often called “Indian Lemonade”.  Although it actually tastes like a sour apple.  White-tailed deer and flying squirrels are particularly fond of the fruits and when tastier foods have become scarce, many birds turn to them as a backup.  The most attractive feature of this plant is its foliage.  The alternate compound leaves can have from 11 to 31 leaflets and grow up to 2 feet long. Medium green in summer, with whitish smooth undersides, the leaves turn brilliant scarlet, red or orange in autumn.  The early and spectacular show is best in full sun, but this tolerant species can do well just about anywhere.