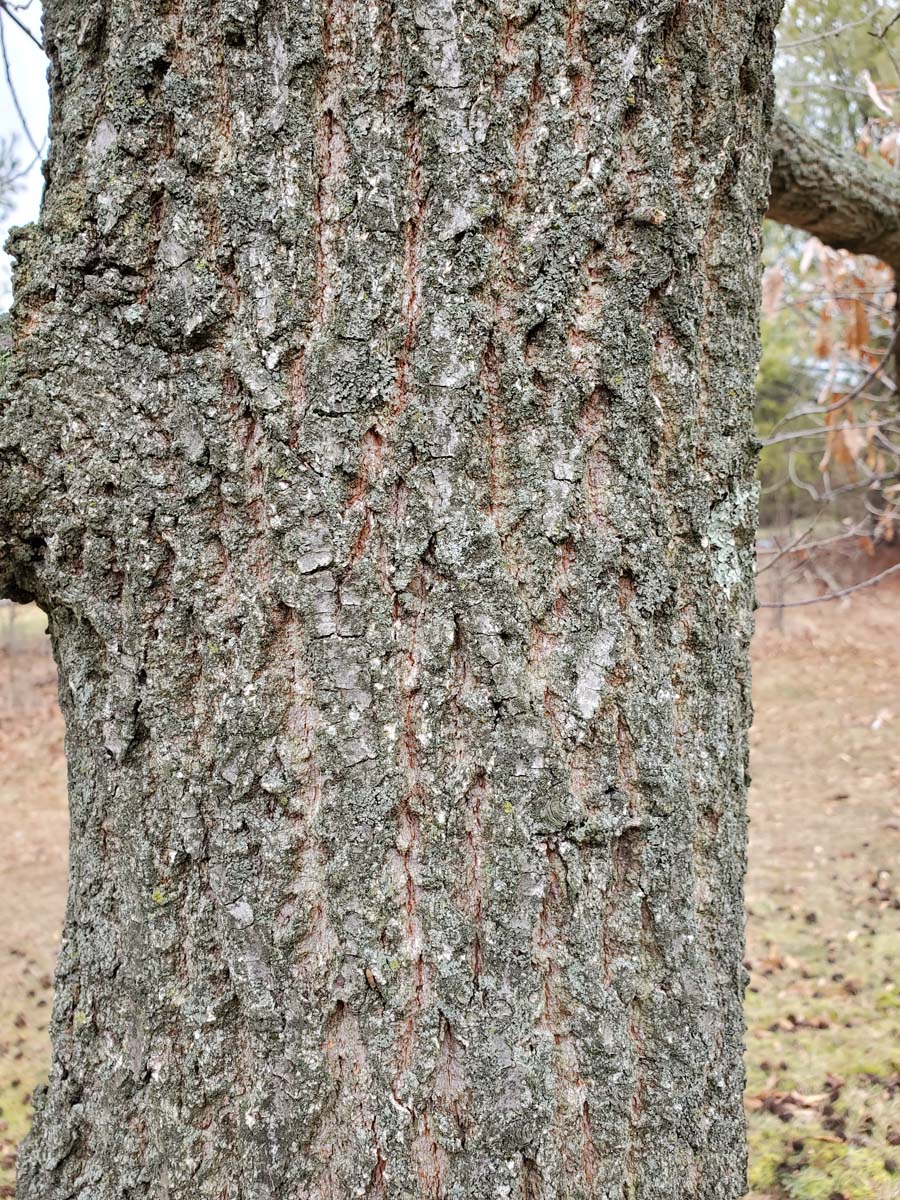 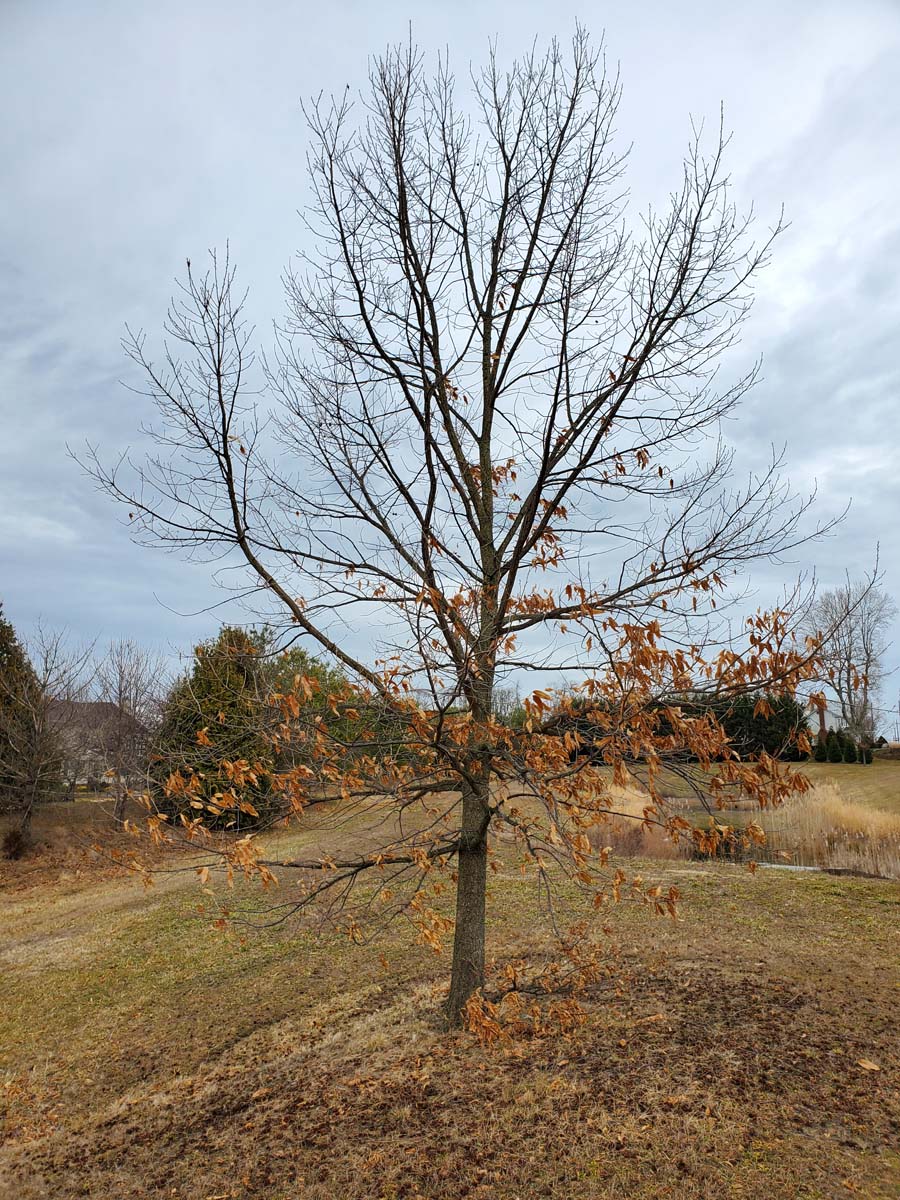 The Sawtooth oak is a native of China, Japan and eastern Asia.  It was first imported to North America in 1862 and was mainly used as a supplemental feed crop for wildlife and stock animals, but the acorns are bitter and are usually ignored until other food sources become scarce.  Now it is commonly used as a tough urban street tree.

A medium sized shade tree that grows to about 50-70 feet tall and 30-40 feet wide with a pyramidal habit when young becoming more rounded and open with age.  The bark is a medium gray in color with deep furrows in a diamond pattern, where the sunken areas are a light tan and make a nice accent to the gray ridged furrows. The wood is dense and attractive, but prone to cracking so it has little value outside of firewood and fence posts. 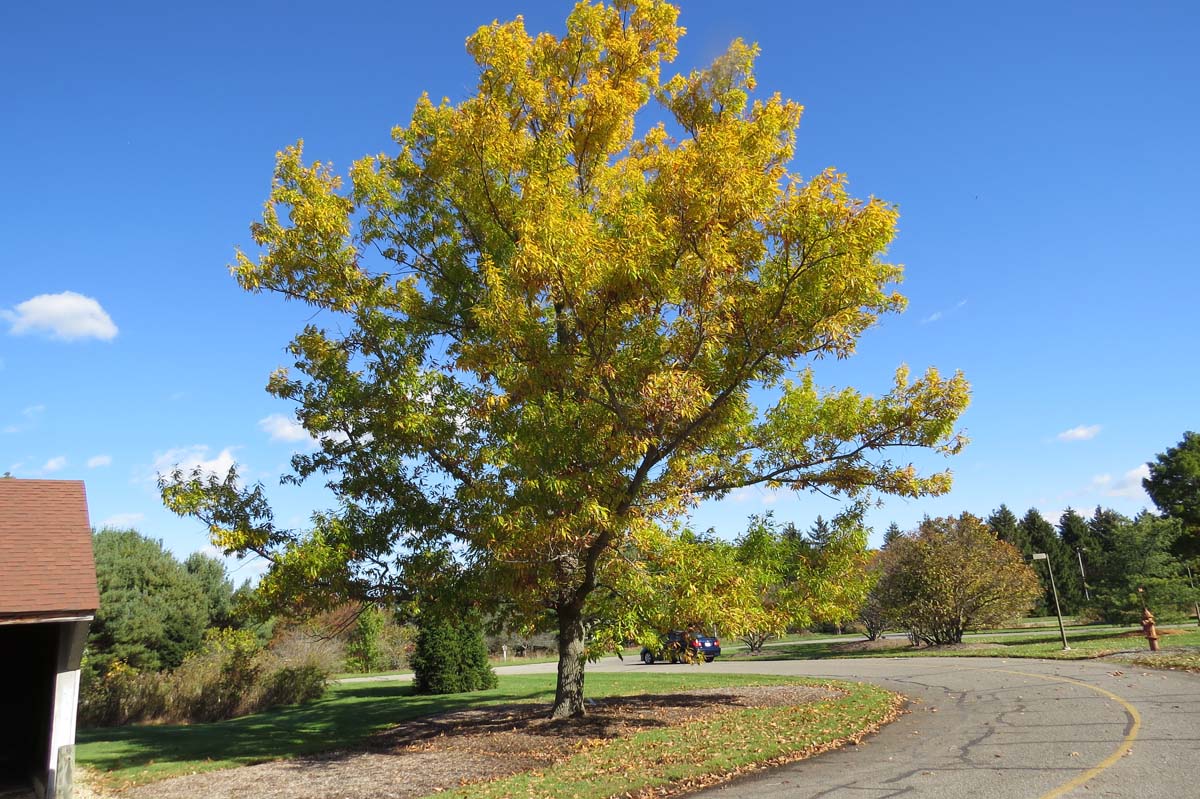 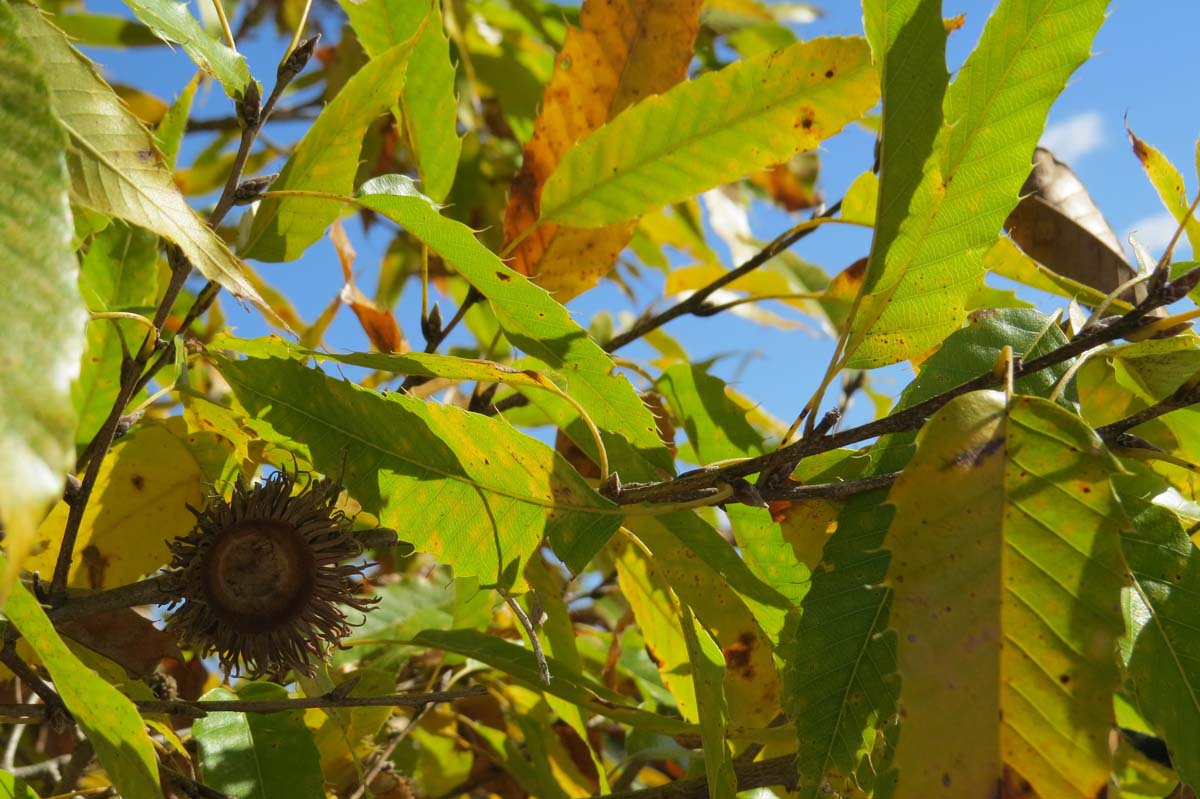 The leaves are a glossy green and 4-7 inches long by 1.5-2.5 inches wide with 14-20 small serrated teeth on both sides, probably where its common name was derived.  Leaves turn a clear yellow to brown in the fall and have a weak abscission zone causing the leaves to be retained through most of the winter.  This fact has perturbed many a homeowner and landscaper that have had to perform an extra leaf clean up in the Spring.

The acorns are oval and about 1 inch long, ripening to a light brown color.  While not as attractive to wildlife as our native species, it is eaten by jays, doves and squirrels later in the season.  They do have a unique bristled or hairy cap on top of the acorn which makes them a bit easier to distinguish from many other oak species. 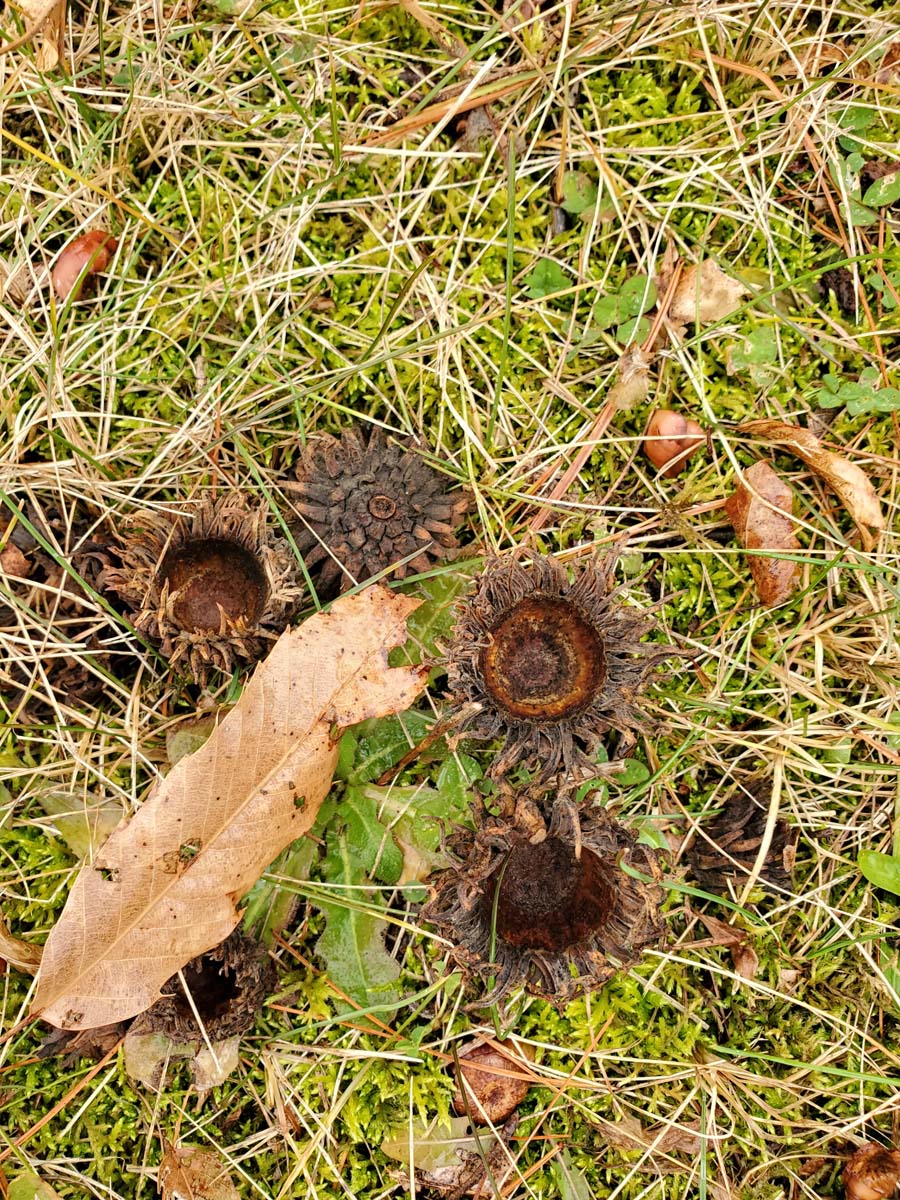 While Sawtooth oak has been listed as invasive in some of the Gulf States, this tough tree makes a nice addition to the urban forest in many of the central and northeast States.  It tolerates most non-alkaline soils, droughts, salt and has few serious insect or disease pests.  If you have room for another shade tree and are looking for something a little different, give this hardy specimen a chance. 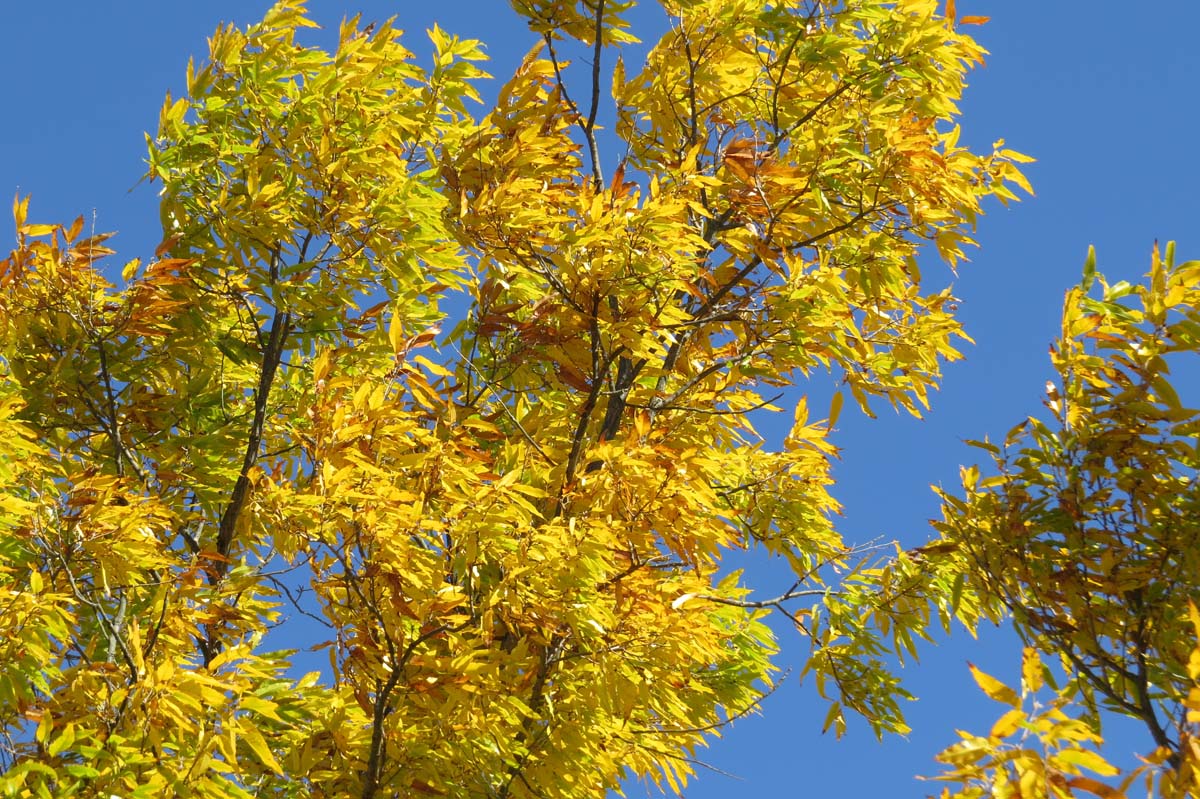 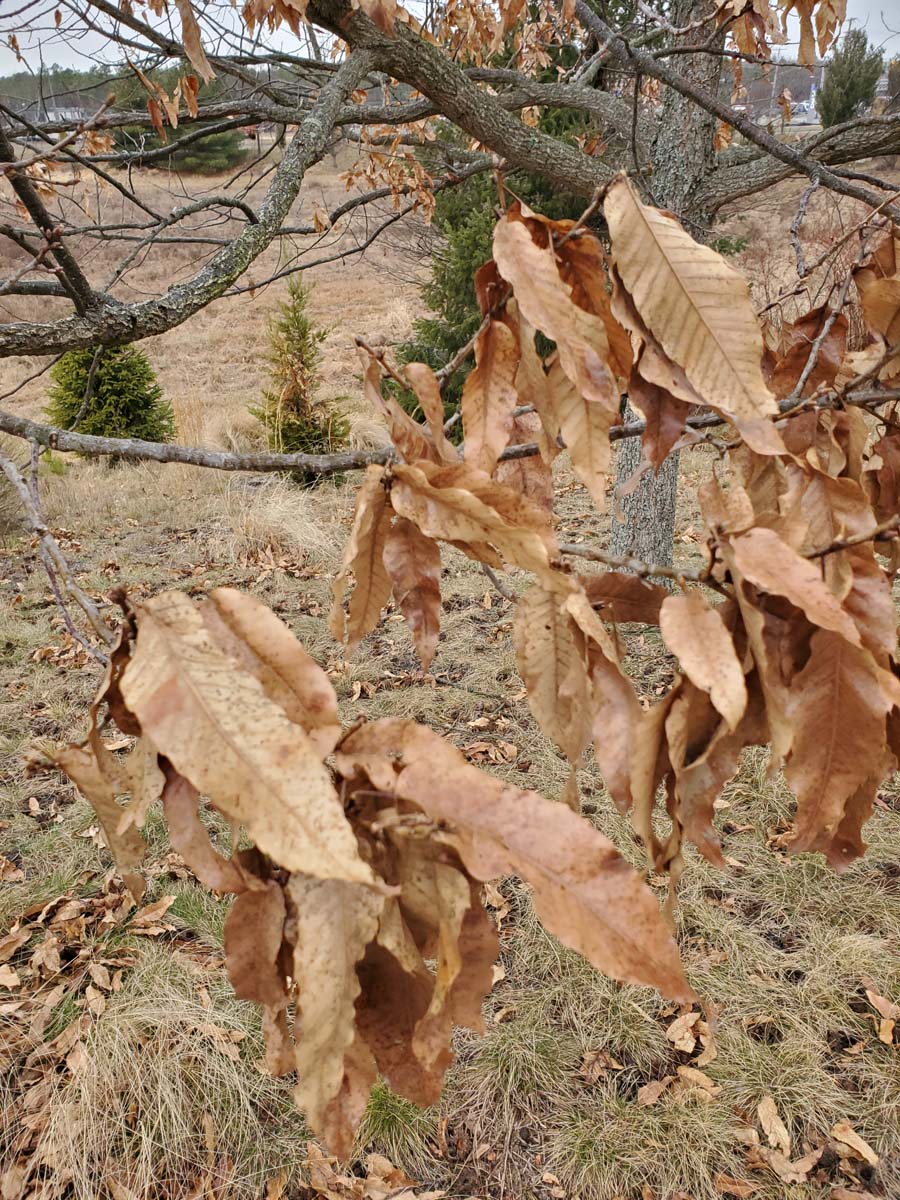