The Pond Cypress is a deciduous conifer, closely related to the more familiar Bald Cypress (Taxodium distichum).  A mainly southern plant found from Virginia to Florida and west to Louisiana, it is cold hardy to zone 5 and does well as far north as New Jersey.  It grows along stream banks and slow moving blackwater bayous in its native habitat, but will do well in sandy, acidic, and well drained soils.

A fast grower when young, it can push two feet per season, but slowing with age.  Pyramidal in habit with narrow branches, it attains a height of 40-60 feet and a spread of 20-40 feet, but some have been found in excess of 80 feet in height and 50 feet wide.  They are a long-lived species, known to exceed 1000 years old.  One such tree in Florida, known as the Senator, was over 3500 years old.

The foliage is a unique, needle-like, soft, 2-3 inch long projections that stand erect on the narrow twigs with quarter inch long leaflets.  They emerge a light green in late April and turn a rusty orange in October before shedding for the winter.  The foliage has a fern-like and almost prehistoric appearance.

Bark is a gray to brown with vertical strips that become rectangular, blocky plates as the tree ages.  The fruit is a round cone resembling a soccer ball about 2-3 cm in diameter.  It requires standing water to have the seeds germinate.  When there is wet soil or standing water, the roots will send up vertical woody appendages called cypress knees.  The true function of these knees is not completely understood, but it has long been speculated that they provide for gas exchange in these anaerobic soils. 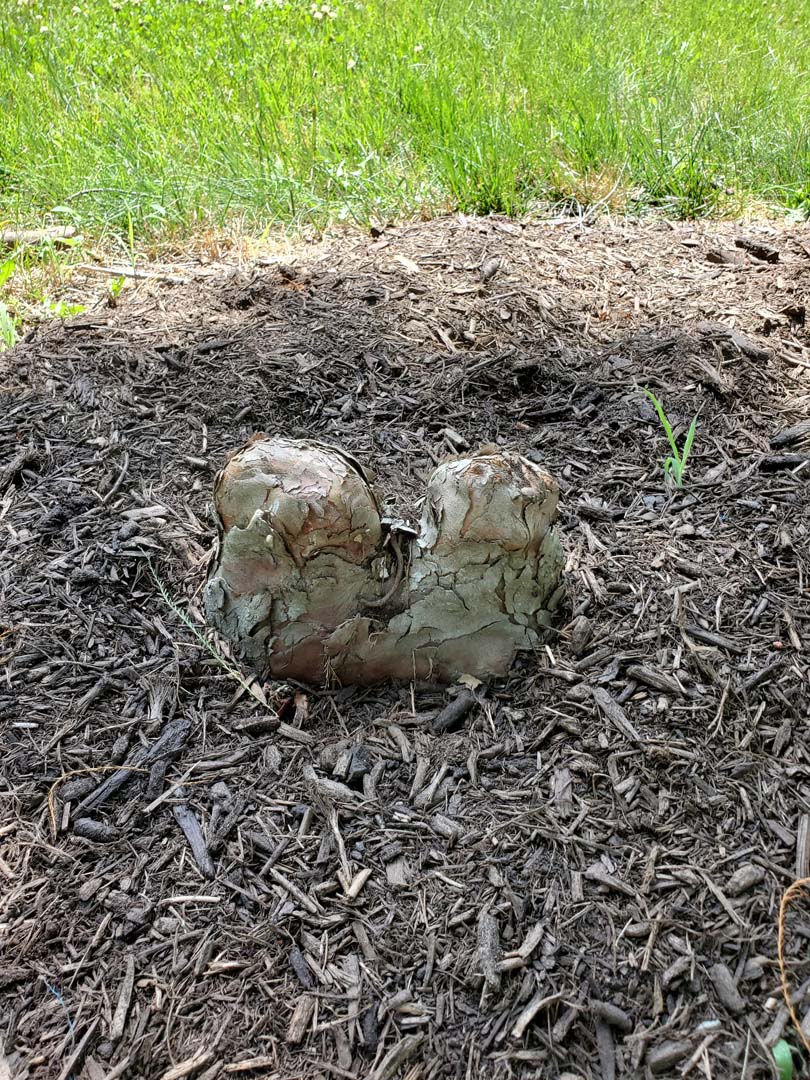 The Pond Cypress has few serious pests, but can be bothered by scale, spider mites and bag worms.  If you are looking for a unique conifer with multiple seasons of interest, or a mid-size tree that doesn’t require a lot of extra care once established, Pond Cypress makes a great addition to any landscape with adequate space. 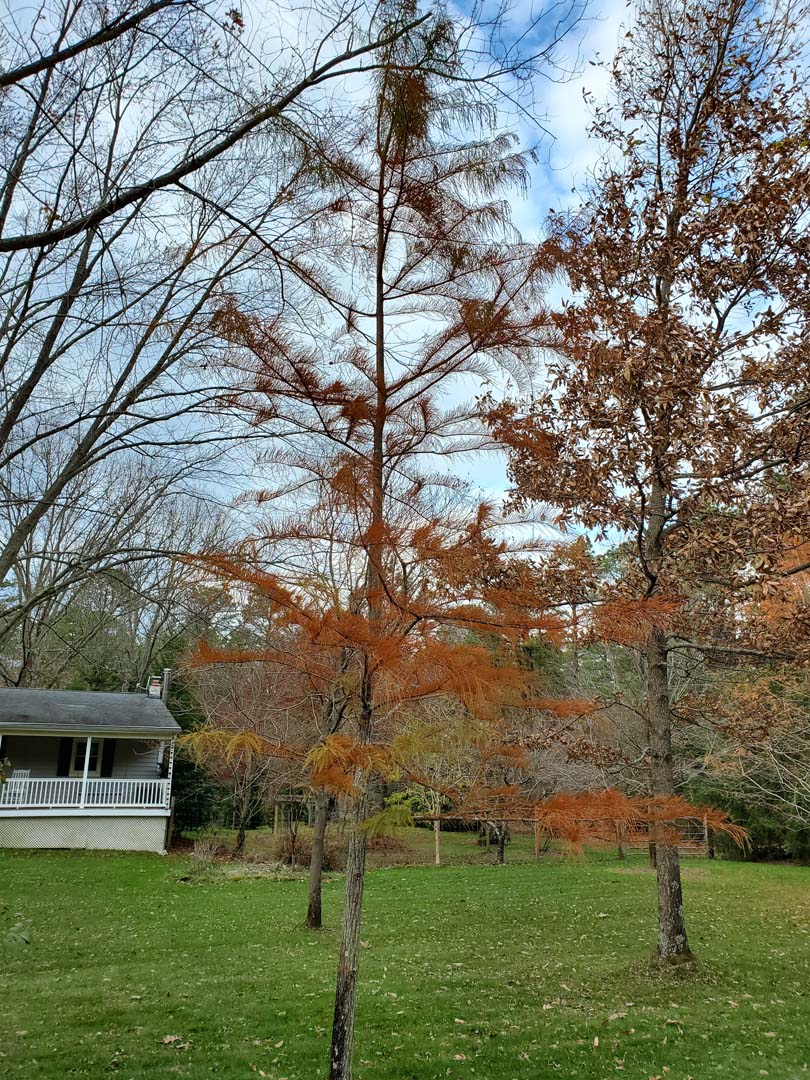