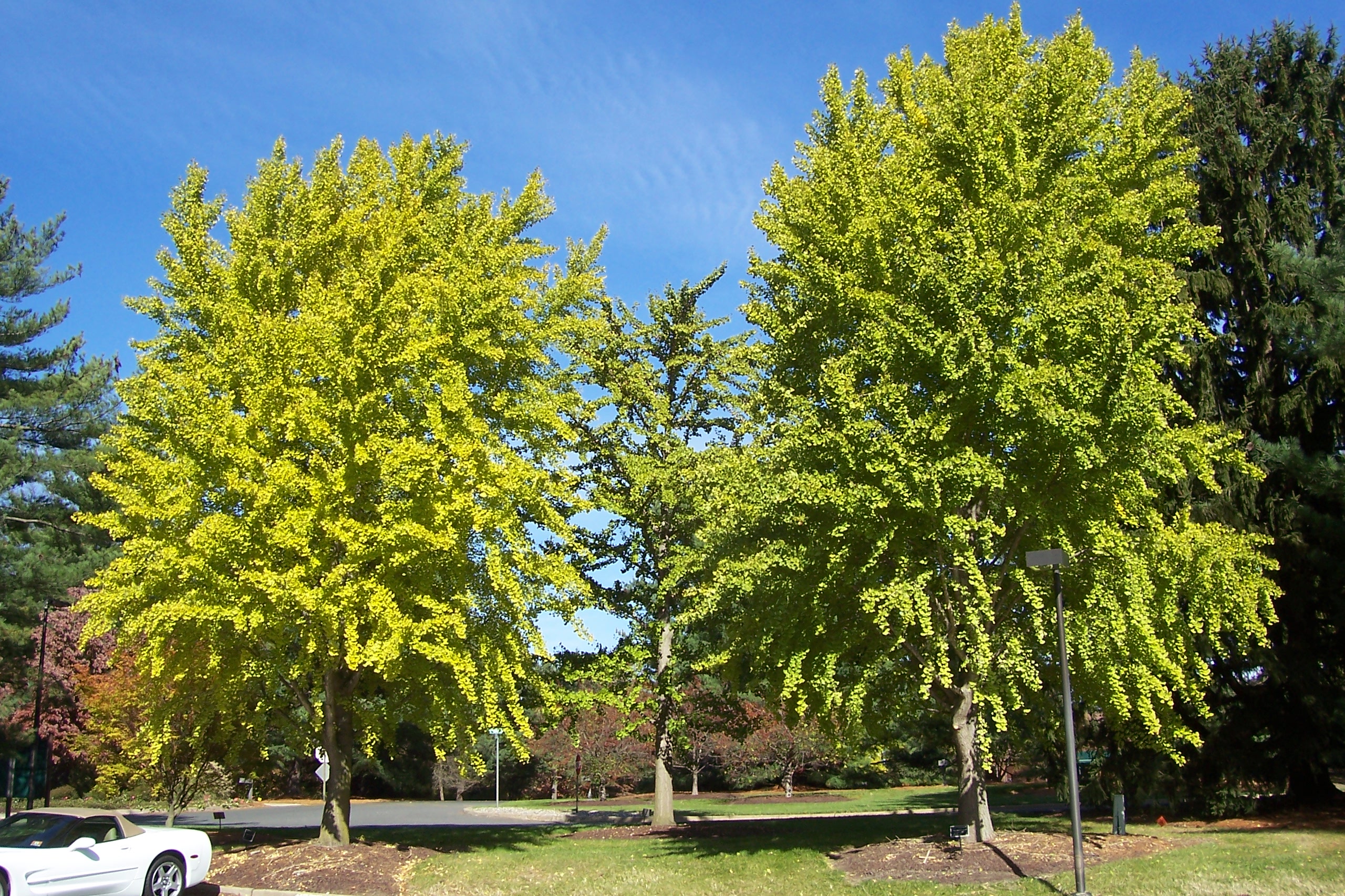 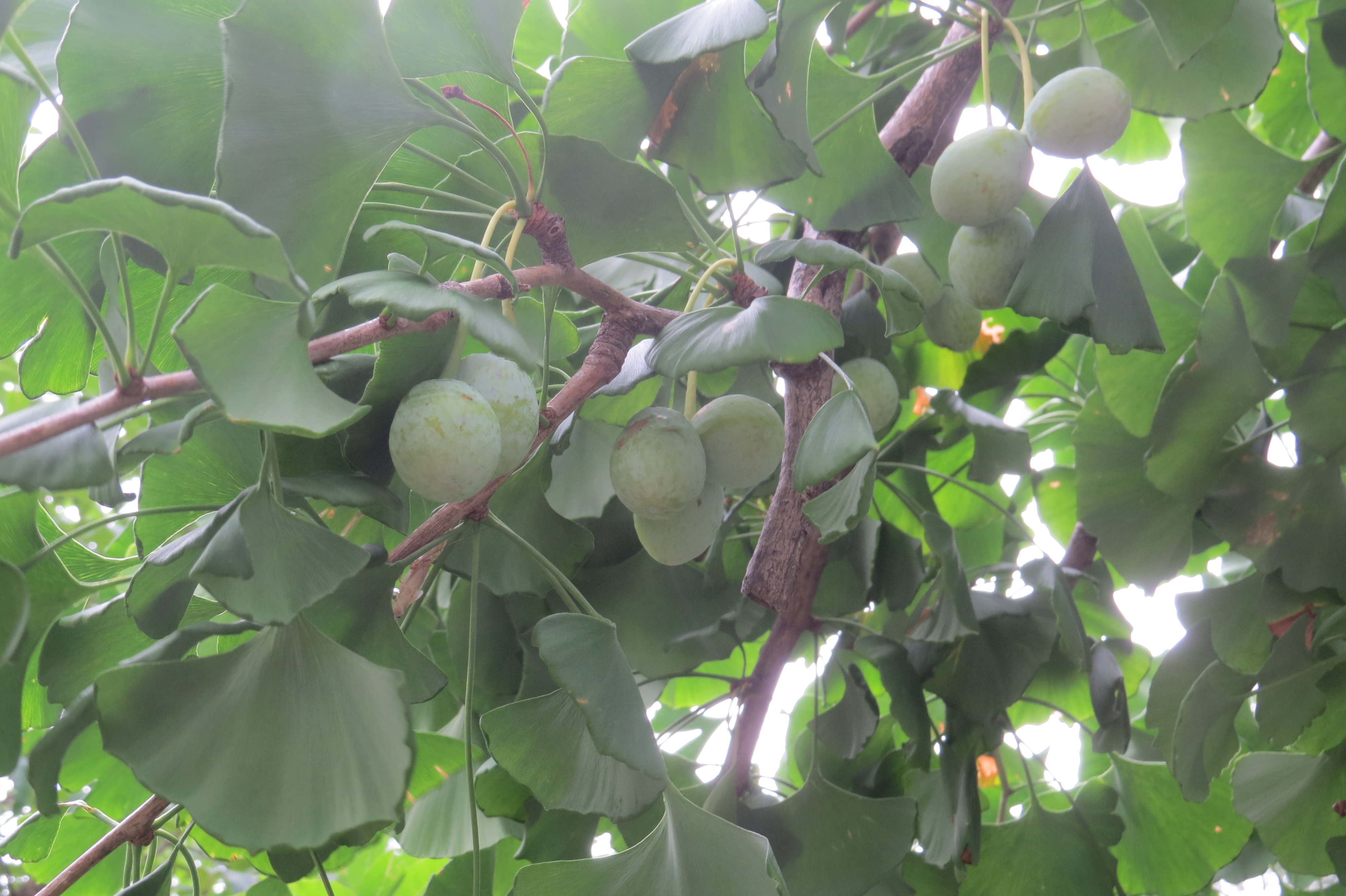 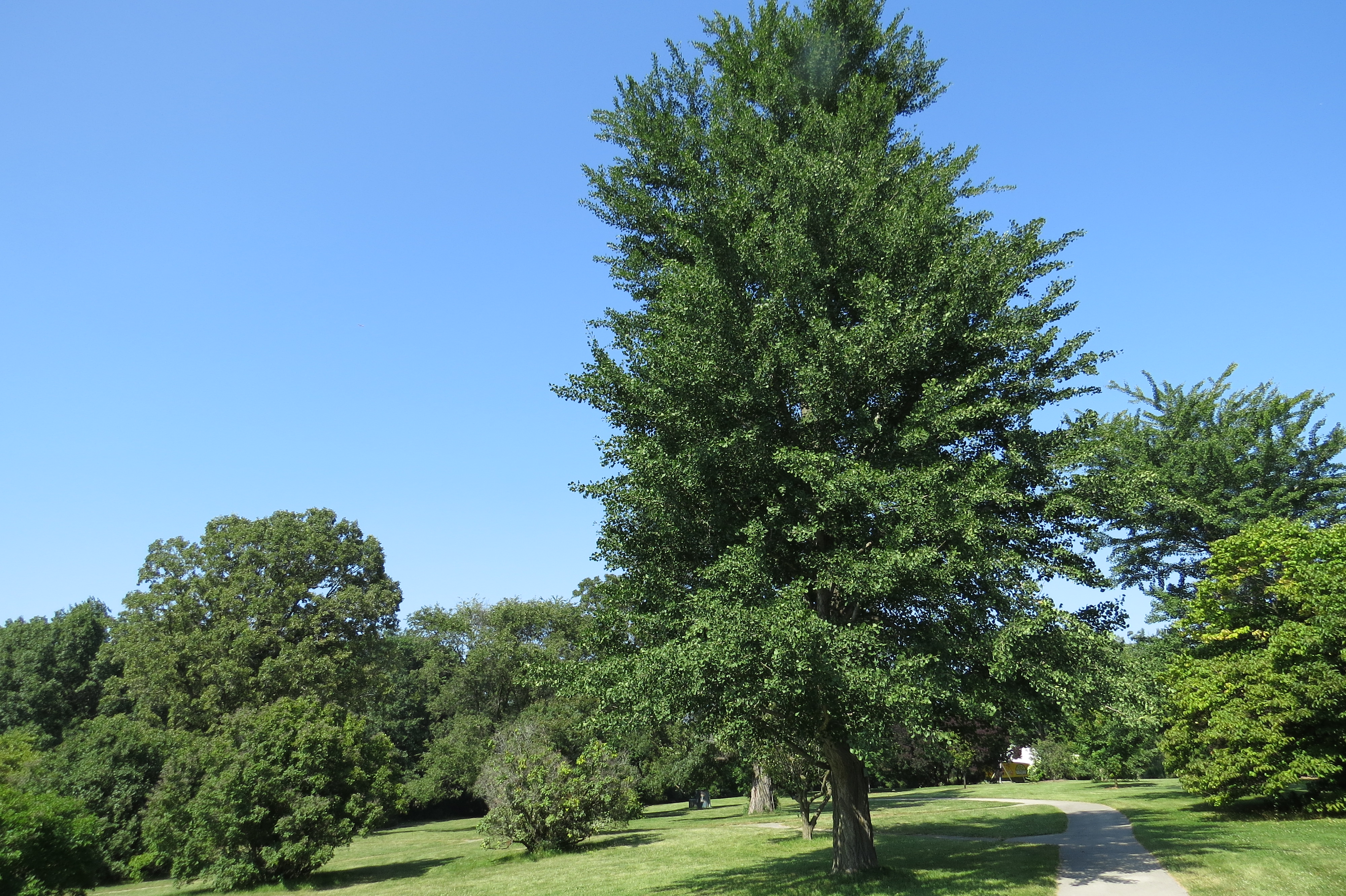 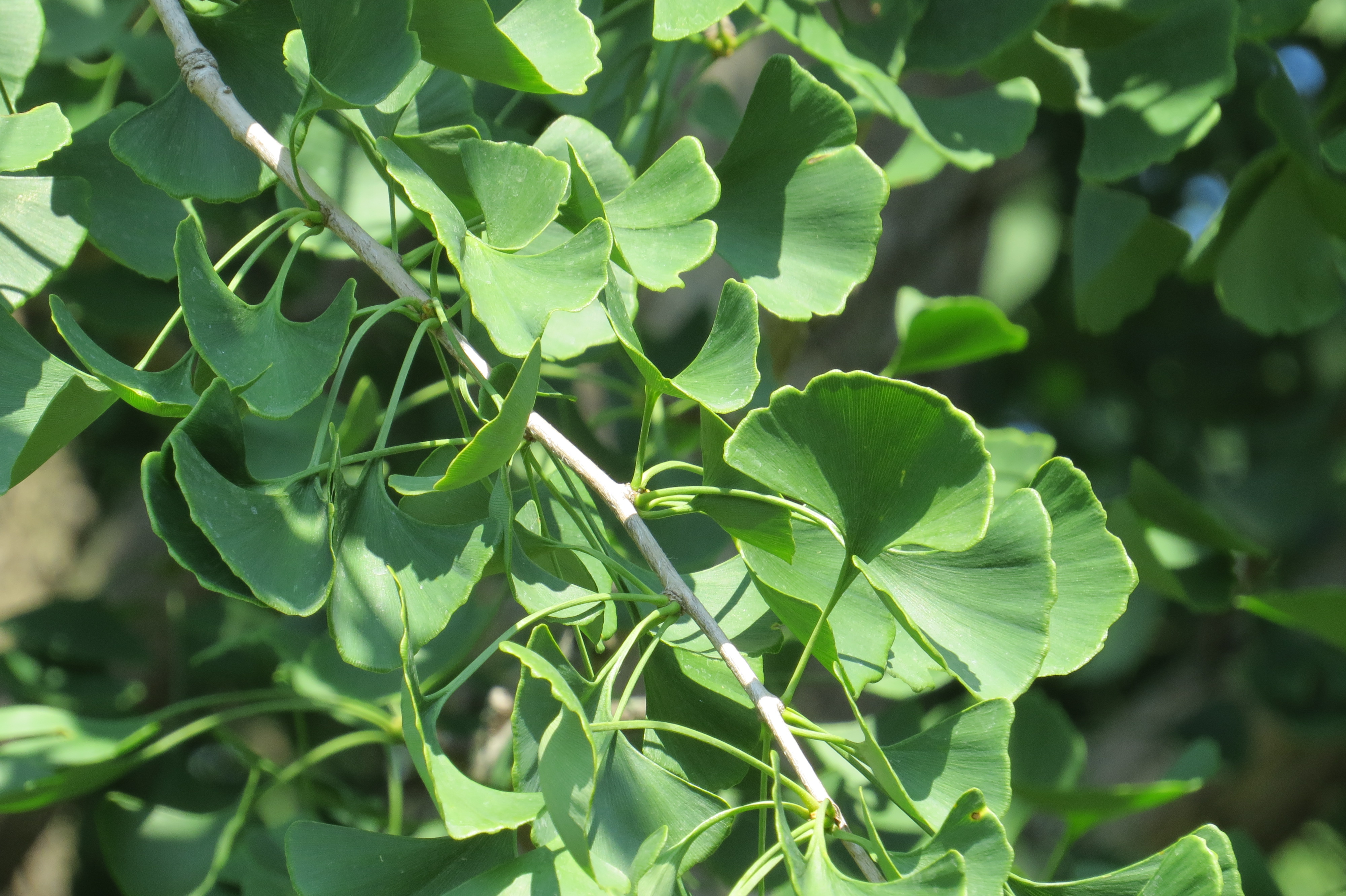 The Ginkgo is native to China but is planted in landscapes and streetscapes around the world.  It is one of the oldest trees identified in the fossil record. They are very hardy trees with few insect or disease pests, and are highly tolerant of urban stressors, which is quite uncommon for most gymnosperms.

Ginkgoes are slow growing at first but can achieve heights of more than 100 feet with a spread of 75 feet.  Starting out pyramidal in habit when young they become more rounded and spreading with age.  There are even some columnar varieties like the ‘Sentry’ that will maintain a 25’ spread at maturity.

The bark is a smooth yellow-gray when young, becoming more deeply furrowed and corky with age.   The wood is somewhat soft and brittle and does not have much practical economic value.  The leaves are very unique in the tree world having a fan shape leaf with a V-notch in the center with veins radiating out from the center to the edges.  Medium green to a yellow green in summer, they turn a brilliant yellow in the fall, which unfortunately only lasts for a few days to a week in most cases before dropping off in a massive heap after a good frost or heavy wind. 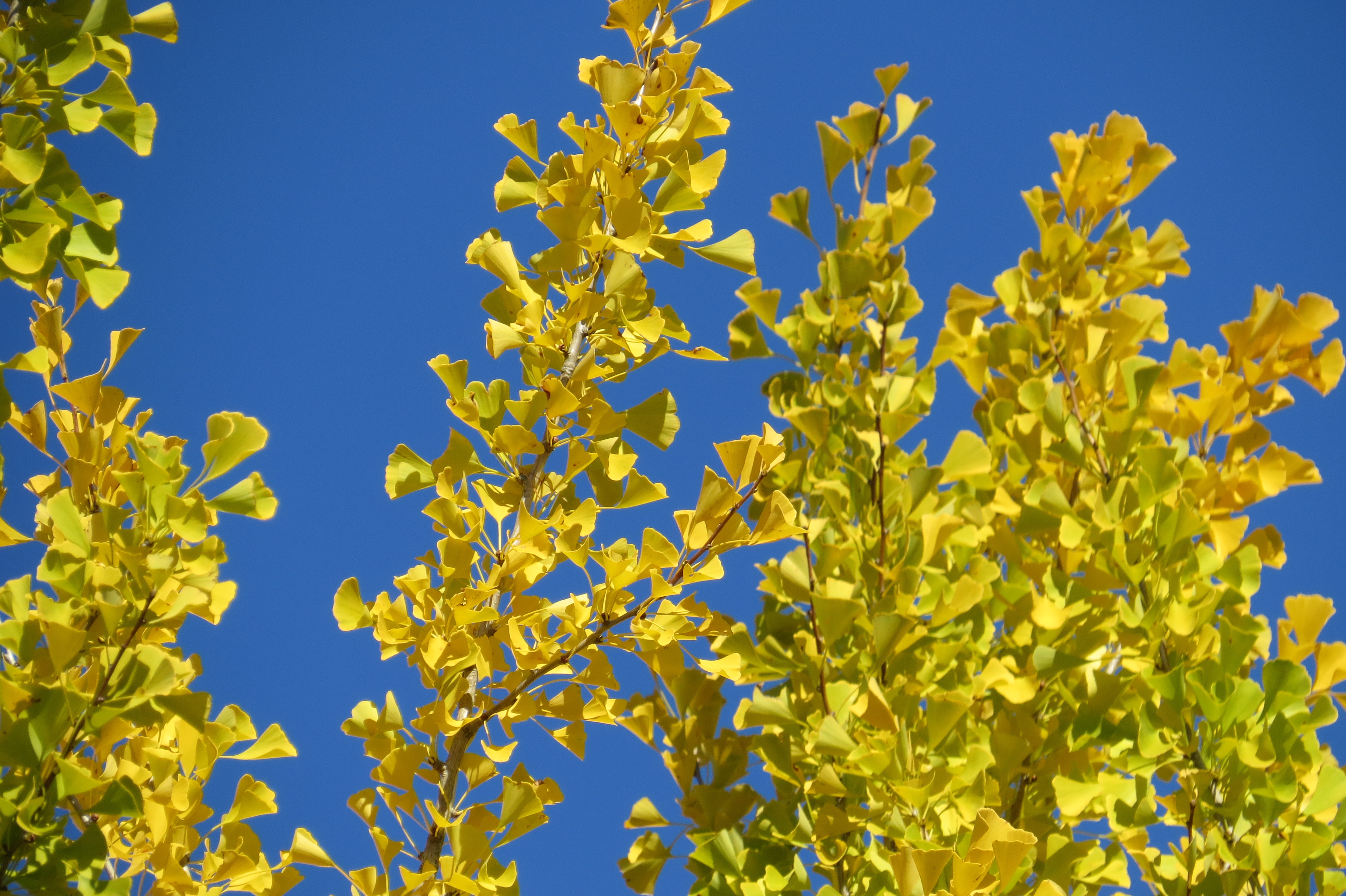 The plum-like fruits are borne on female plants in the late summer to early fall.  The 1-1.5” fleshy fruit covers a hard nut that is considered a delicacy in some cultures.  The yellow to orange fruit is not edible and smells a bit like the local dog park, but the interior seed can be boiled or roasted and included in many Asian dishes.  Its medicinal value has long been touted and is most often associated with improved memory.  Most towns and landscape contractors specifically plant only male trees to avoid dealing with the future messes encountered with the fruit bearing females.

Overall the Ginkgo is a beautiful and unique specimen tree that can provide multiple seasons of interest with few serious drawbacks.  Given enough space it can be a tough urban tree or great focal point in any garden.