The Little-leaf Linden is a native of Europe and closely related to American Basswood (Tilia Americana).  It is a medium to fast growing shade tree attaining heights of 60-80 feet and a spread of 30-60 feet.  Pyramidal when young turning more ovate with age, they have a dense canopy with a propensity for crossing and rubbing limbs that will require some structural pruning when young. 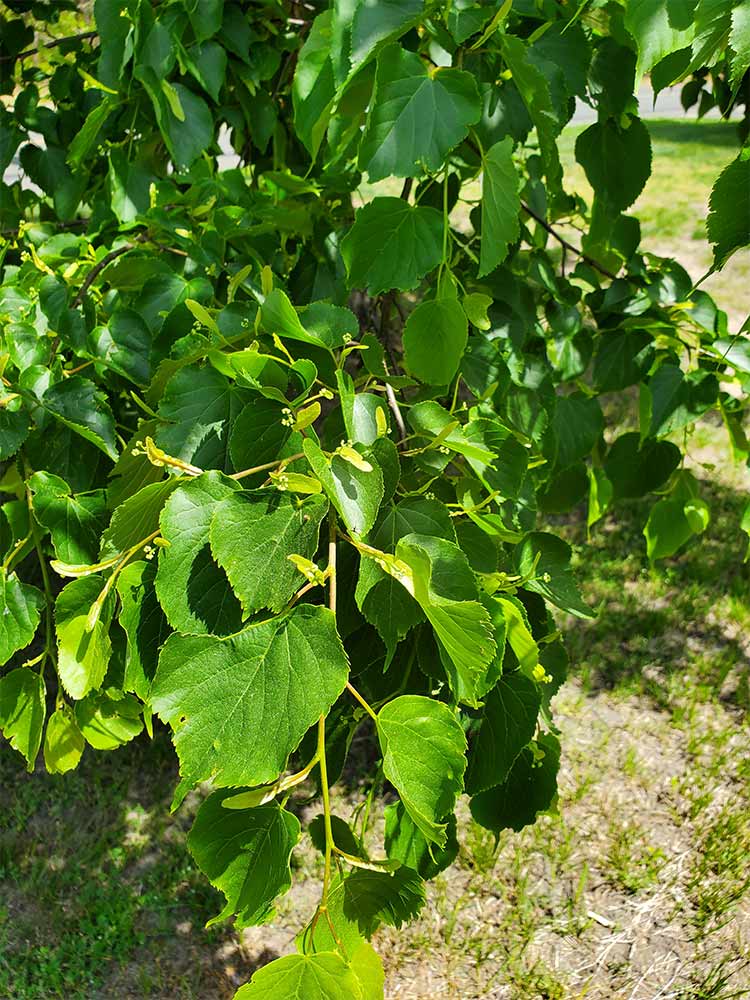 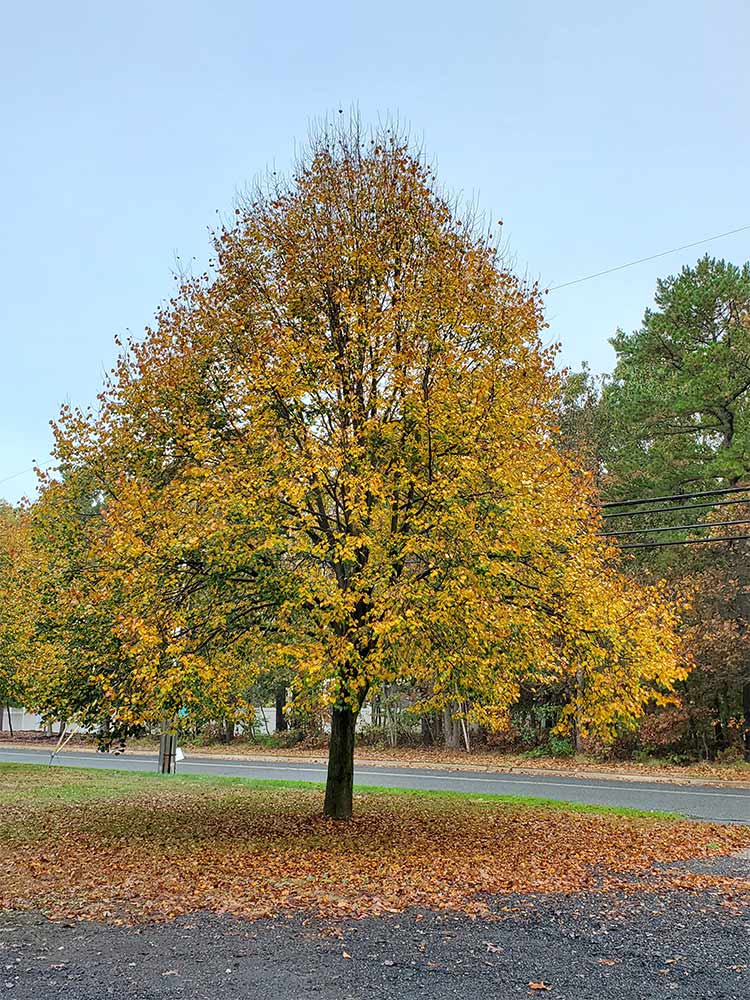 Bark is smooth and shiny gray when young, becoming platy to ridged and furrowed over time.  The twigs often have a reddish shiny appearance in the spring prior to leaf emergence.  The buds are alternate, egg shaped and are covered with shiny red scales, which can be a good identification feature in the winter.

The leaves are approximately 2-4” and heart shaped with slightly serrated edges.  Medium green in the summer they have a pale-yellow fall color that is not always showy or consistent.  They present a small, but showy and fragrant creamy-yellow flower in June that is a favorite of bees and other pollinators.  The trees often seem to hum from several feet away when the flowers are in bloom.  Flowers are followed by a small drupe carried on a winged yellow-green bract. 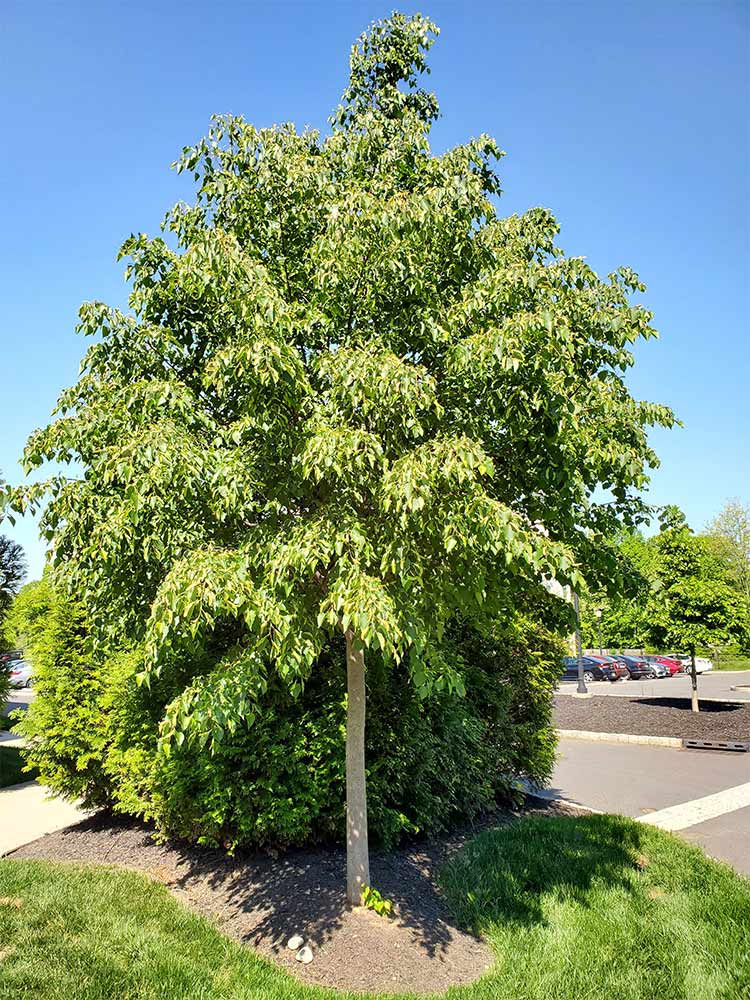 Little-leaf Linden is a hardy tree that tolerates full sun to partial shade and many soil types.  It is also tolerant of urban conditions and lends itself to heavy pruning, which makes it a good choice for artistic types of pruning such as hedges, pollarding and espalier.  While not particularly drought tolerant, and it can be prone to leaf scorch in hot dry years, it is mostly disease resistant.  It can often be plagued by scales and aphids, leading to the presence of sooty mold, and mites and Japanese Beetles can also do some significant leaf damage in the summer. 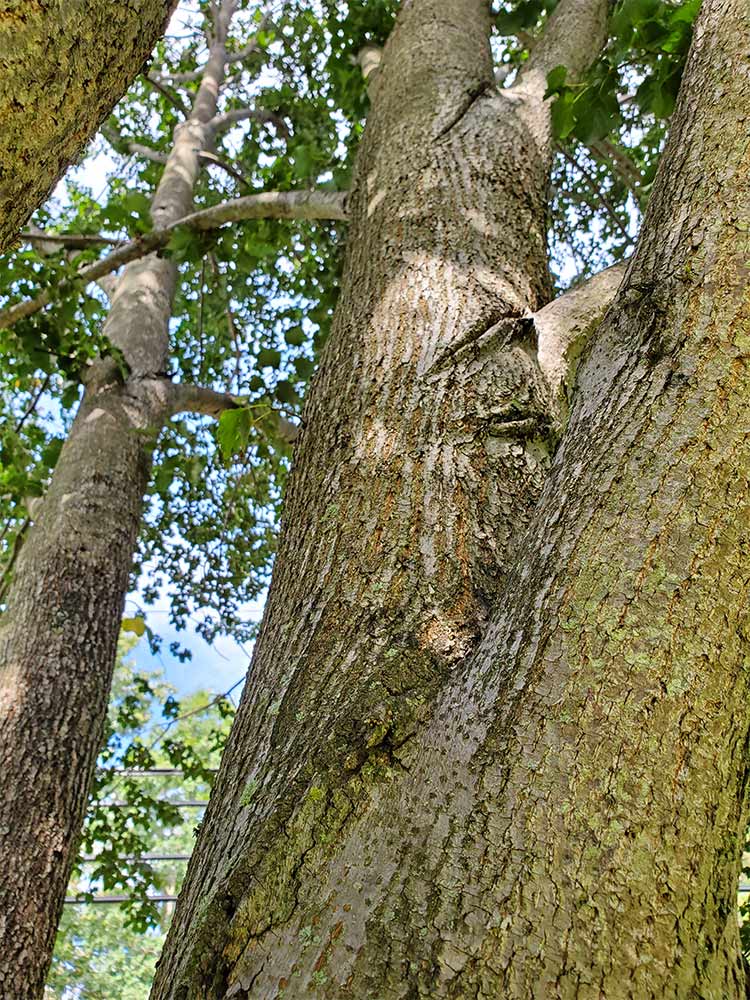 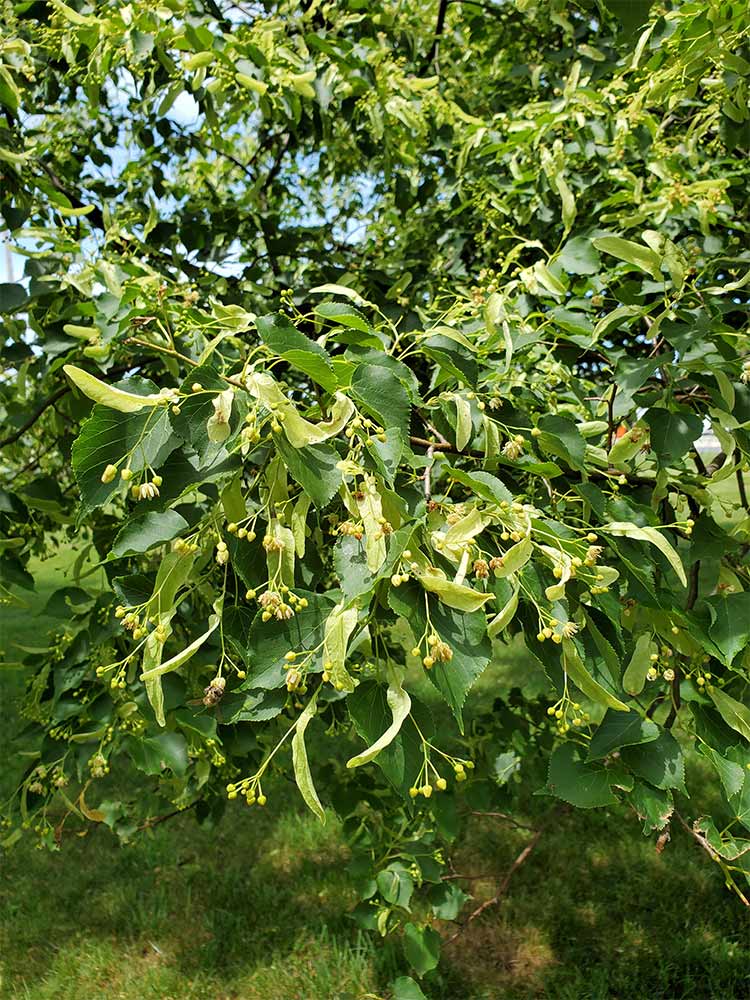 Overall, Little-leaf Linden is a tough tree that is adaptable to many landscape settings that can provide you with multi-season interest for several hundred years with a little care and enough space to grow. 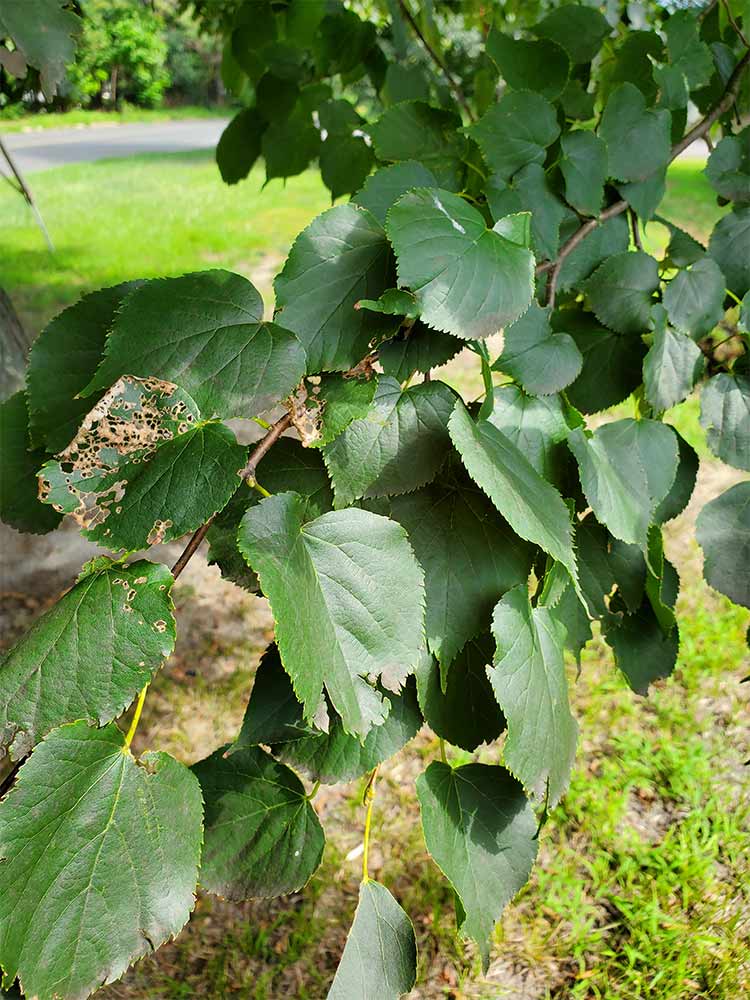