This common shade tree is often used in parks and gardens but is also prized for its toughness and is frequently planted in parking lots and as street trees in urban and suburban neighborhoods.  Native to Japan and eastern China, it was introduced to the US in 1862 and later became more popular as an intended replacement for the American Elm, which was being decimated by Dutch Elm Disease (DED).  Japanese Zelkova has a similar vase shaped habit and is resistant to the DED, making it the preferred choice for those looking to replace that majestic elm that had just died and been removed. 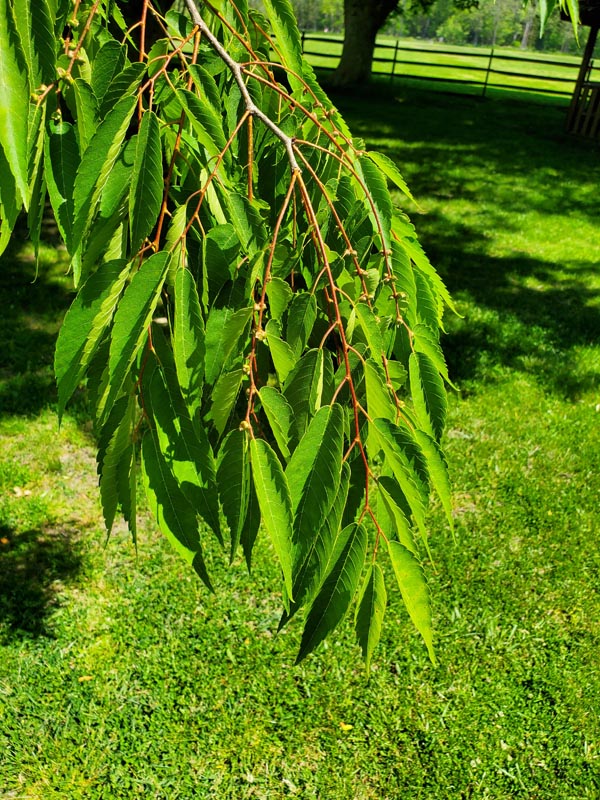 A medium to fast growing tree when young, it will push 12”-24” per season attaining a height of 50-70’ at maturity with a spread of 40-60’.  They can tolerate many soil types including pH as high as 7.5 but prefer a moist well-drained loamy soil.  Zelkovas grow best in full sun but will tolerate some shade.  While not considered invasive, seedlings are often found in nearby planting beds. 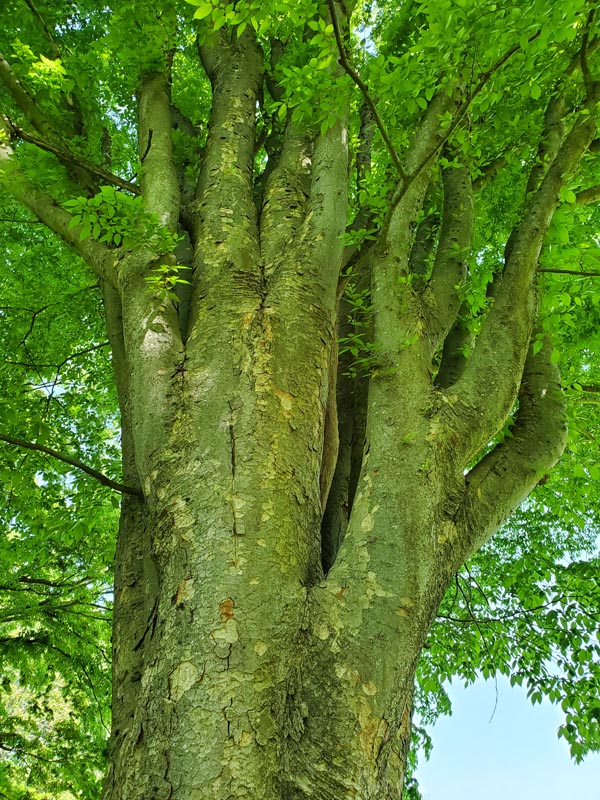 The bark is purple-gray when young resembling some cherries, with noticeable lenticels on the main stem and twigs.  The bark turns more of a gray with age and flecks off in small patches revealing blocks of the orange inner bark.  The leaves emerge a bronze color, turning bright green in summer, followed by a nice blend of yellow, orange, red and purple in the fall.  The leaves are 1-2” wide by 3-3.5” long, oblong in shape with a pointed apex and serrated edges. 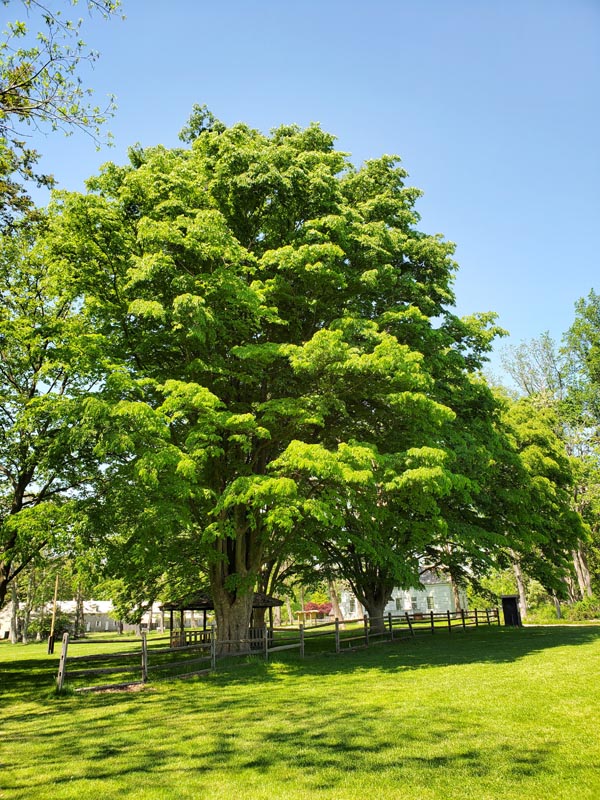 Japanese zelkovas have very few serious pests, but can be bothered by scales, leaf miners, canker diseases and even spider mites in years with hot dry summers.  The natural vase shape of the tree does lead to a dense crown with many co-dominant and crossed and rubbing stems, but proper structural pruning when young can alleviate this problem.  Young trees are susceptible to frost damage and should be planted in the spring to give them time to establish prior to the winter.

Given the proper care to get established, Japanese Zelkova is a tough and attractive tree that provides multi-season interest without a high investment in maintenance.