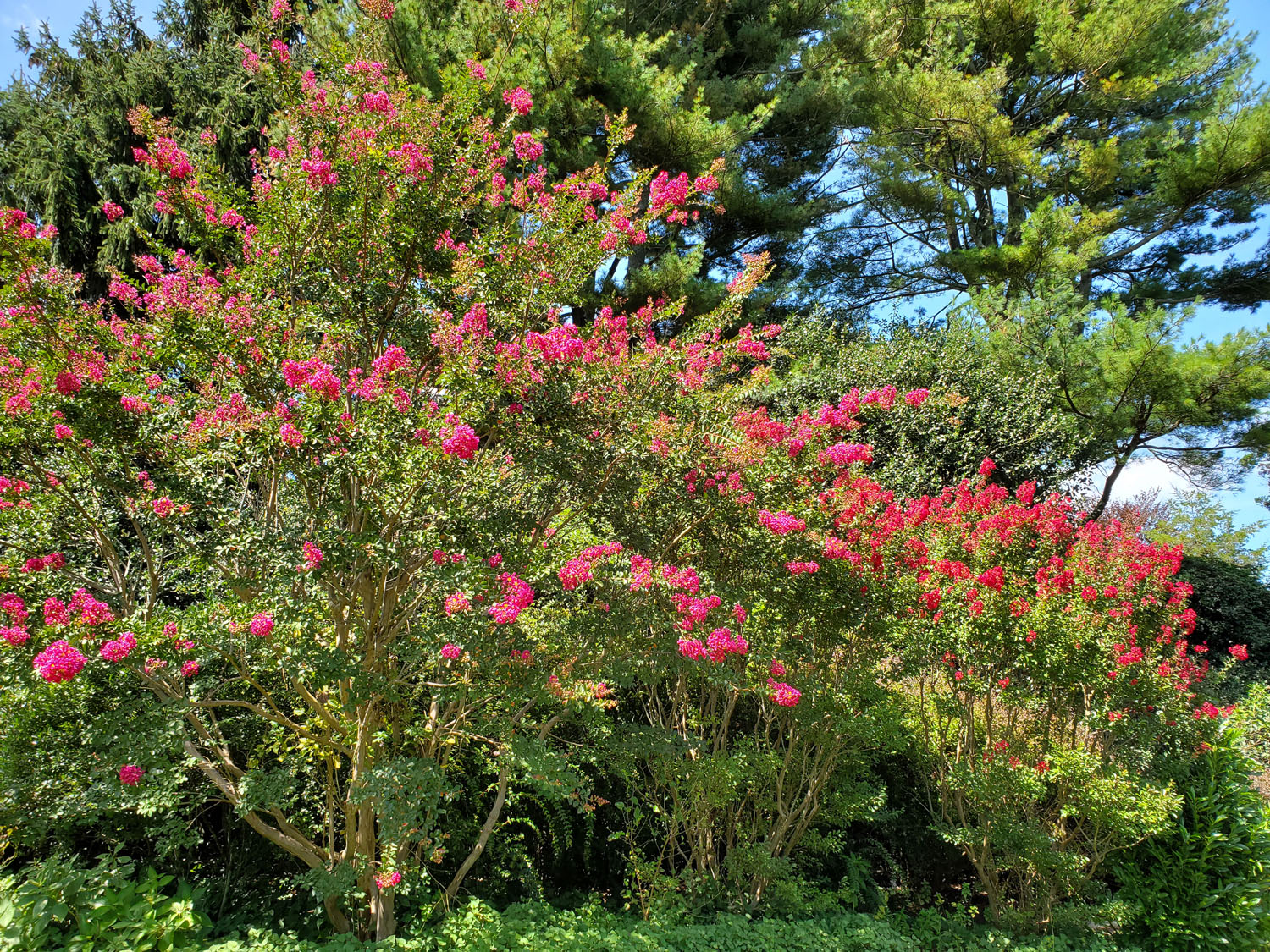 There are approximately 50 species of this genus originating in southeast Asia and around Oceania with some species growing to as large as 100 feet.  Crape myrtle, as grown in the United States, is generally planted as an ornamental flowering tree growing into a large shrub or small tree, 10-30 feet in height and 6-20 feet wide.  Its small stature makes it ideal for small gardens, foundation plantings and even in large pots. 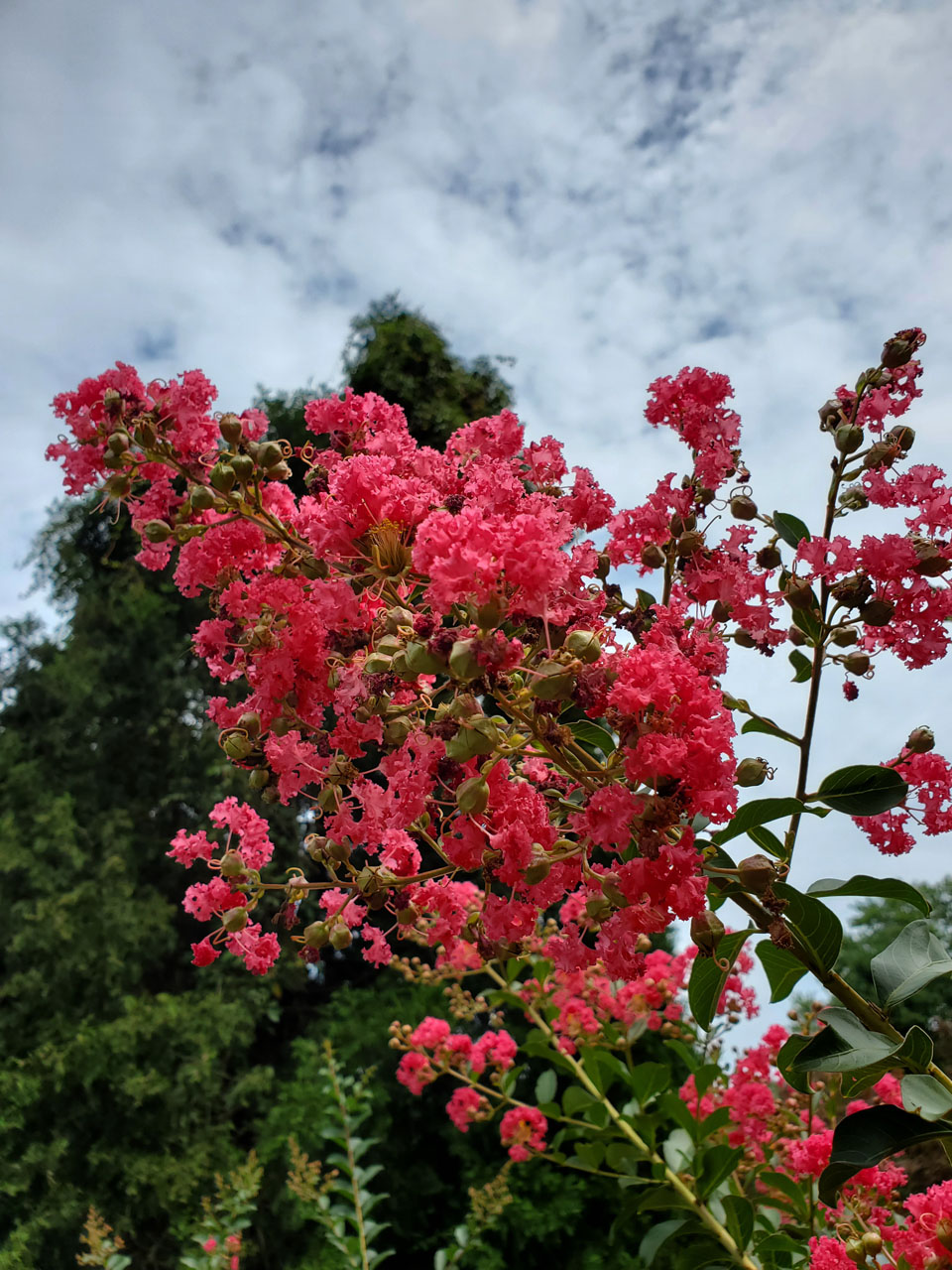 Traditionally thought of as a Southern tree, growing from the tropics to the Carolinas, it has made its way as far north as New York and southern New England.  Most years it will be fine, but some of the cultivars produced have proven to not be as cold hardy as first promised and can die back to the ground after a harsh winter.

The tree has three full seasons of interest since it is so late to bloom in the spring many people think that their tree has died over the winter.  In winter and spring, it has a smooth mottled bark that exfoliates in all shades of tan, brown and red making a nice accent against winter snows.  The smooth 2-4 inch, shiny green leaves are attractive in summer turning a brilliant yellow-orange in fall.

The late summer flowers are what really steal the show however with their white, pink, red or purple flowers with many shades in between lasting from late July into September, depending on the variety.  They add a lot of color to the landscape and attract butterflies and hummingbirds in the process.  When the flowers fade the green capsule-like fruits appear changing to brown before eventually splitting and dispersing its very tiny seeds. 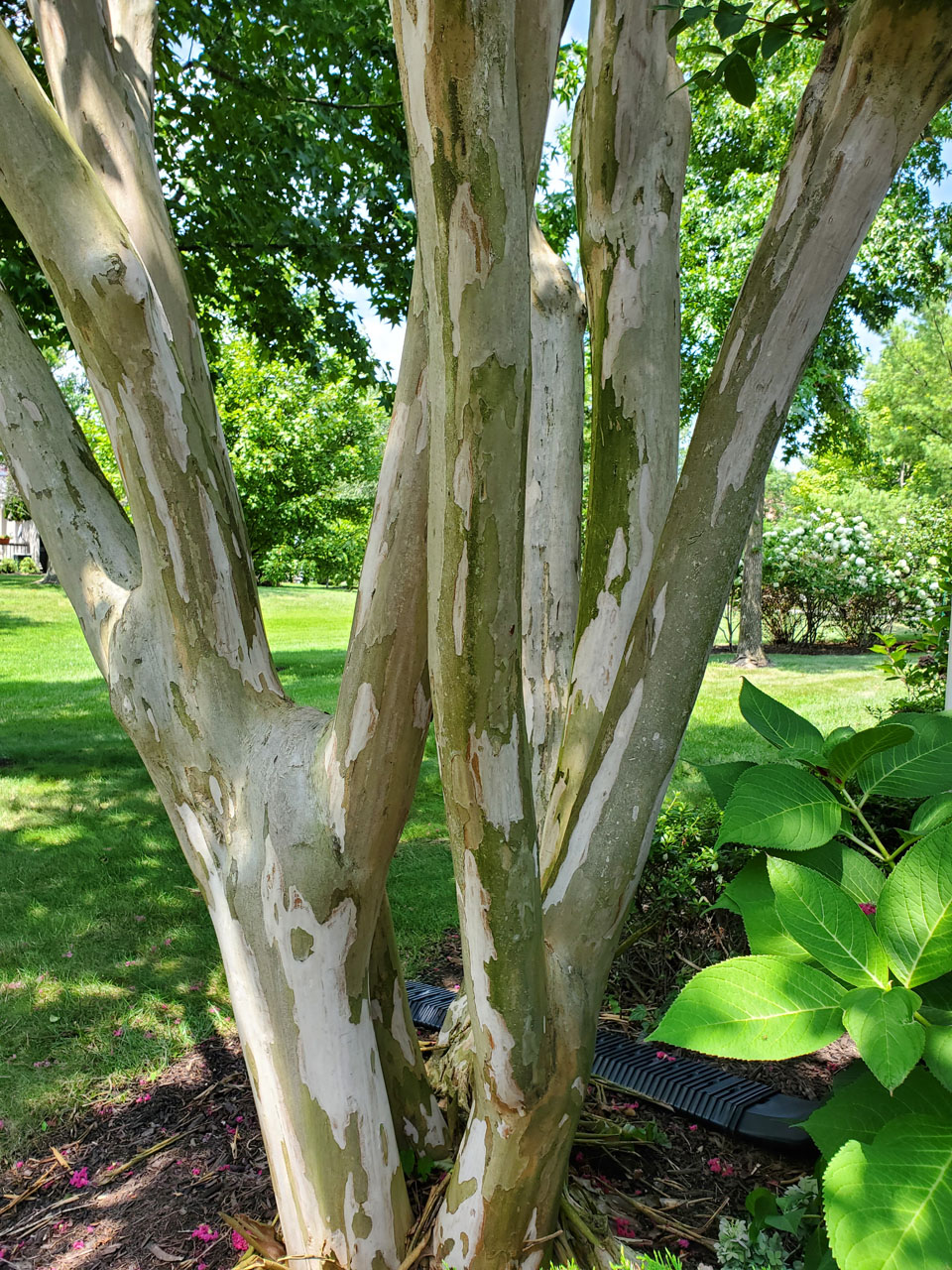 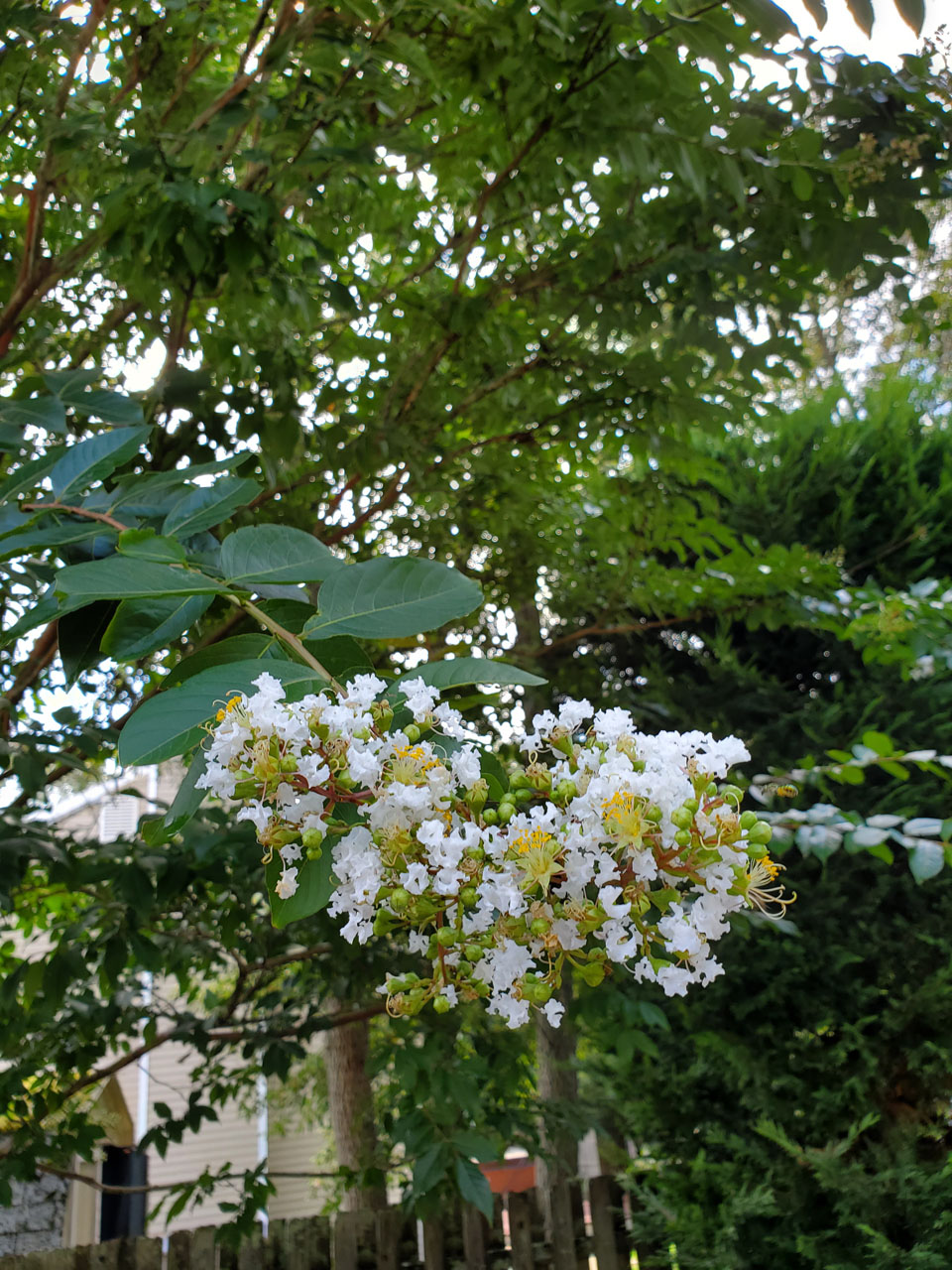 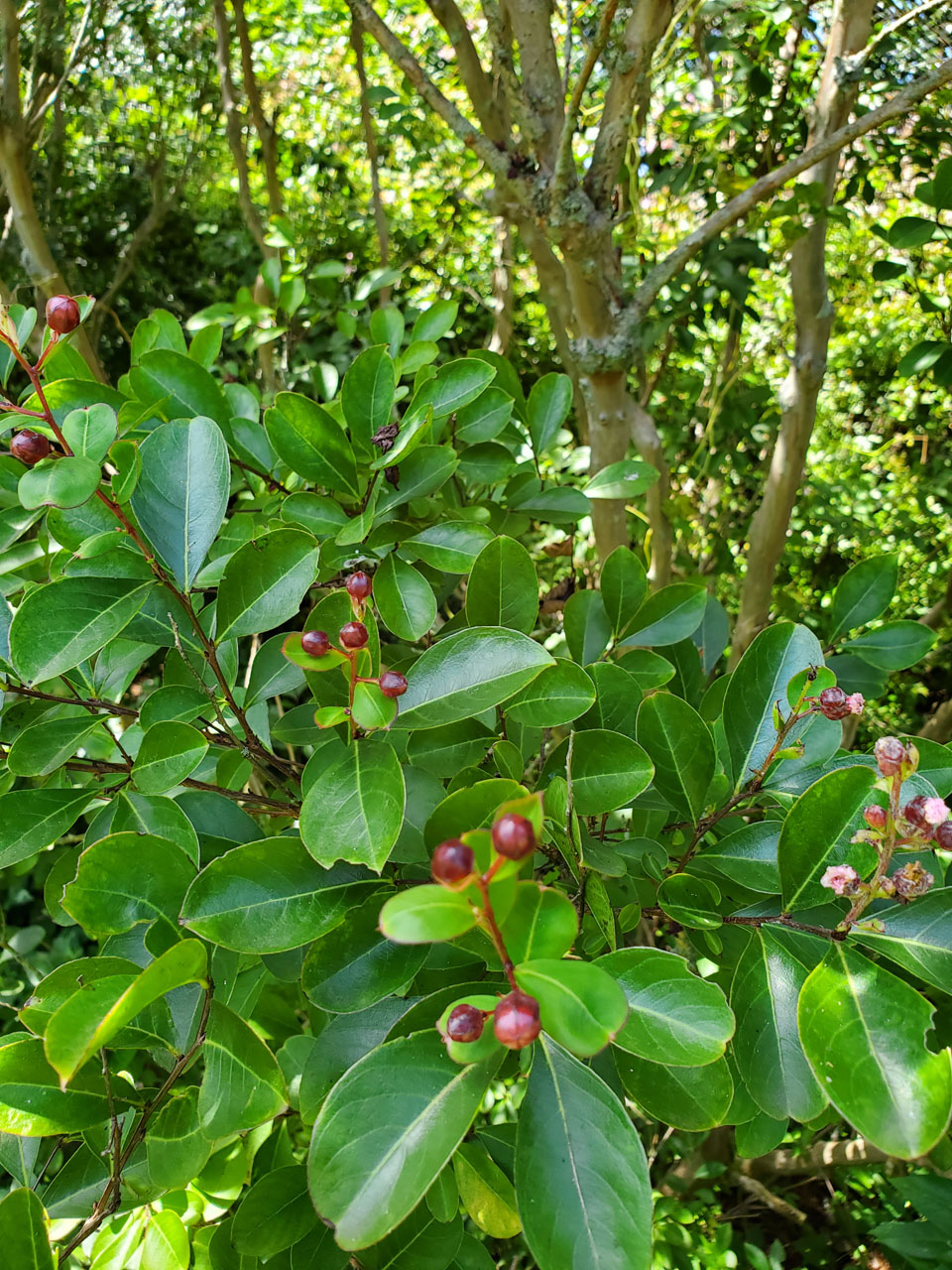 Once established crape myrtles are quite hardy and drought tolerant.  They will do well in sandy and dry soils, but don’t care for wet sites.  You can remove last years flower panicles and seeds for a neater look, but it is not necessary.  Crape myrtles actually require very little pruning, but many cut them back hard thinking that they are stimulating more flowers for next year.  This practice is often referred to as “crape murder” and is not advised.

Crape myrtle is a fantastic tree that seldom outgrows its space or its welcome.  Provided you have chosen a cold hardy variety, this tree will brighten any sunny summer landscape. 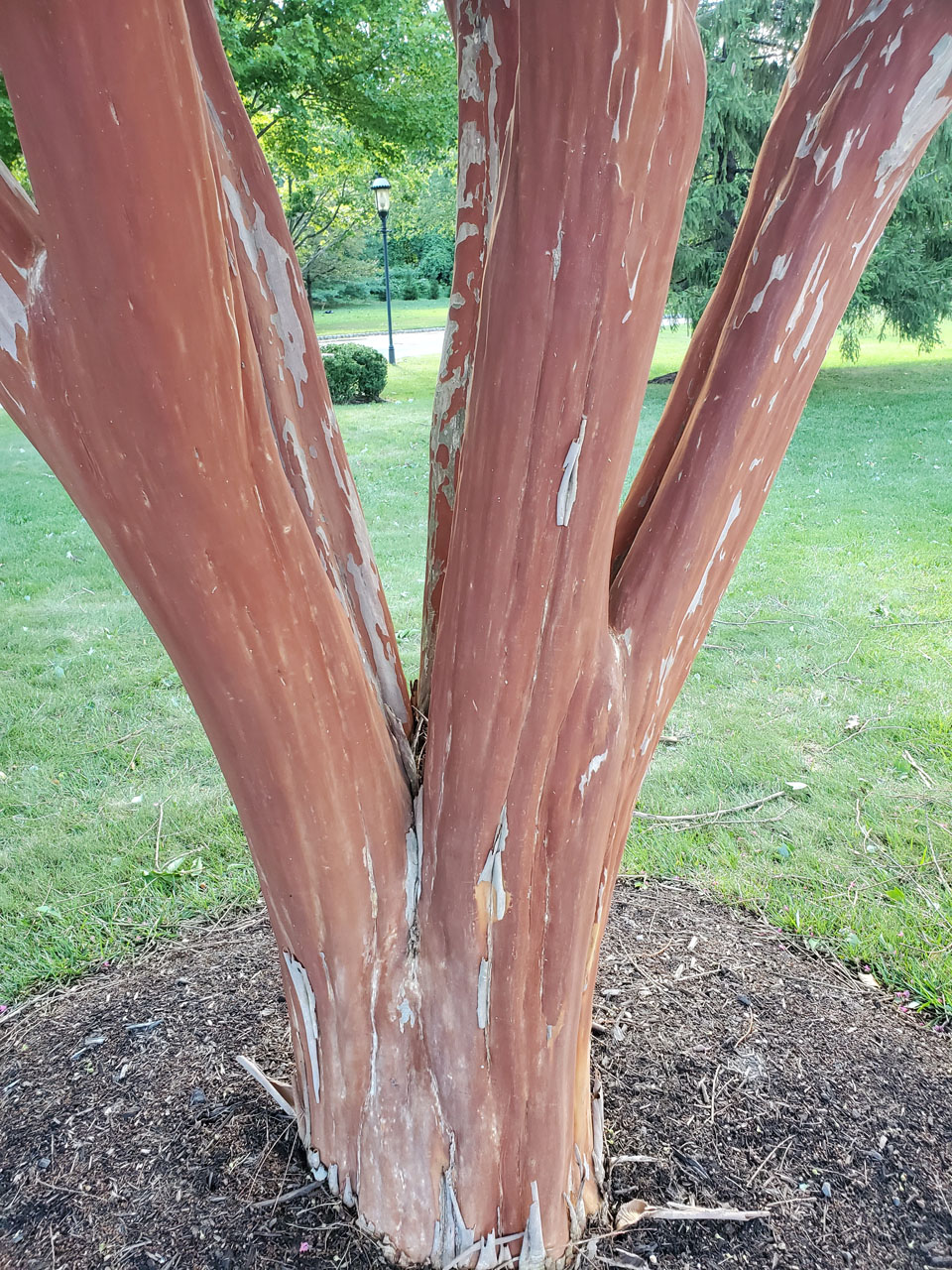 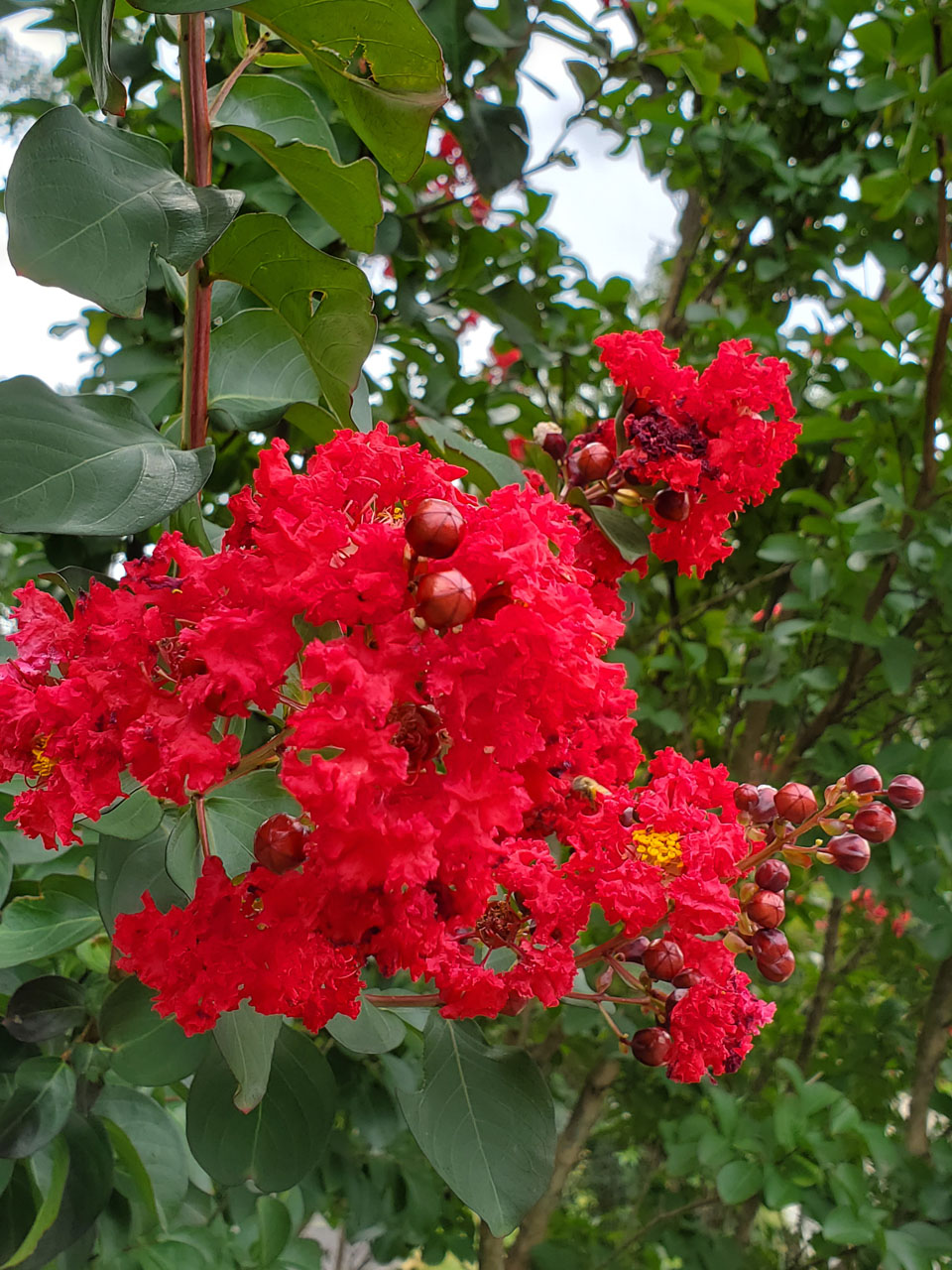