When most people think of dogwoods, they think of those familiar, bright spring blooms in white or pink, but not many consider this underutilized early flowering relative that offers some of the earliest glimpses of the spring revival.  A native of Europe and Asia, it does well in most moist, well-drained soils, in full sun to partial shade.  Growing with multiple stems with a rounded head in most cases, it can stay a large shrub to 15’, but if allowed, becomes a nice small tree growing to 20-25 feet in height and width.

The wood is quite dense and has been utilized for tool handles and in Greek weaponry such as spears and bows since at least the 7th century B.C.  The bark is different from our native dogwood in that it is brown with tan to yellow blotches beneath the shedding flakes of gray and brown.  This flaking affect starts on very young wood only 2-3” in diameter.

The twigs are opposite, as are the buds, which are gray and bulbous resembling cabbages like our native dogwood.  The flowers are some of the earliest to appear, typically in March.  They are about ½” across with a light yellow, star shaped arrangement.  While not as showy as some of the other dogwoods, they are more noticeable since there is very little competition at that time of year.

The leaves are opposite, dull to glossy green, with pronounced veins emanating from the midrib.  Approximately 2” wide and 3-5” long with smooth edges, they can turn yellow, orange or red in the fall.  The fruit is a grape sized, edible, but sour drupe that matures in a yellow to red by late summer.  Due to its sour nature, it is often used in jams, pickling and even to make a vodka in Armenia.

Cornelian Cherry Dogwood has few major insect or disease pests and requires minimal pruning, mainly when the tree is young to establish a good structure.  They are great for providing cover and food for wildlife and a bright hope that spring is just around the corner after a long winter. 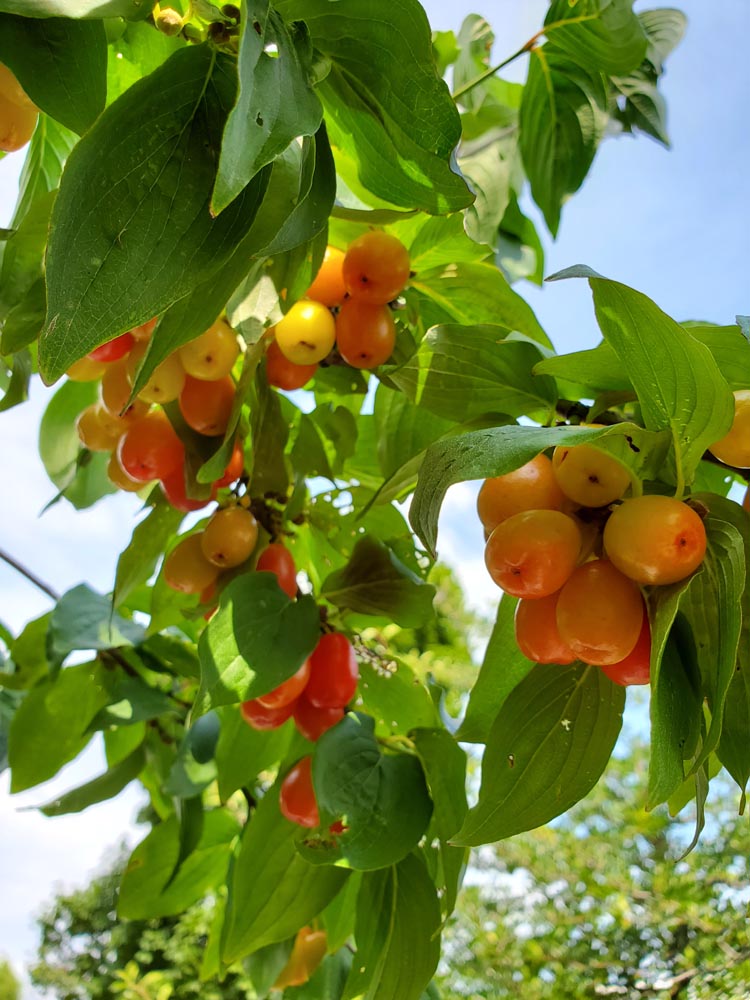 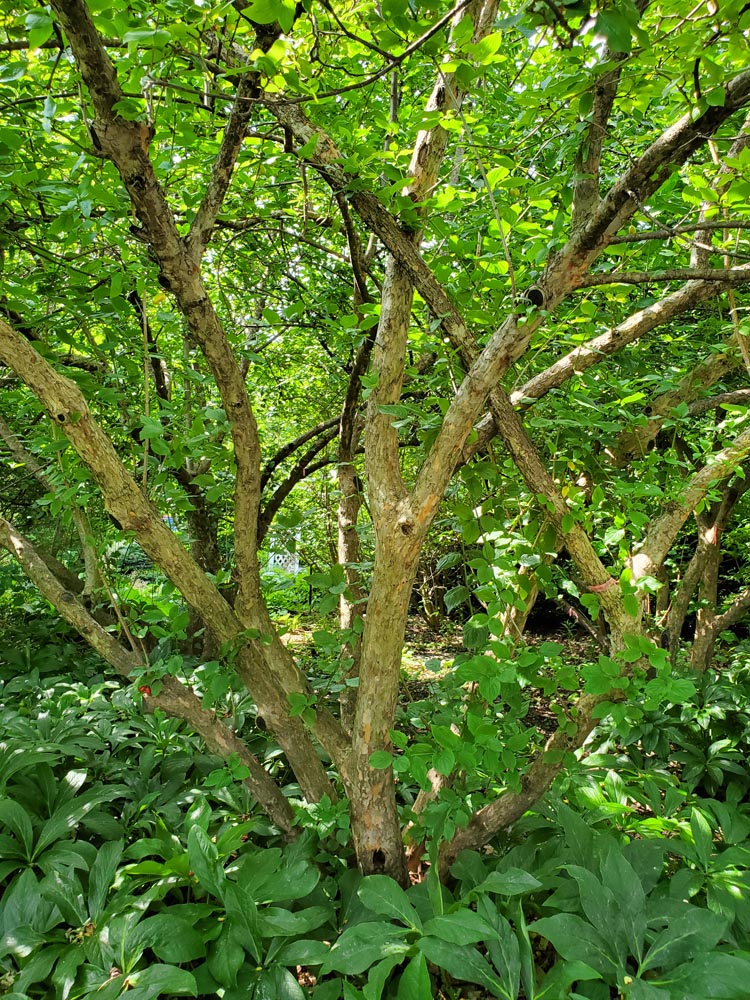 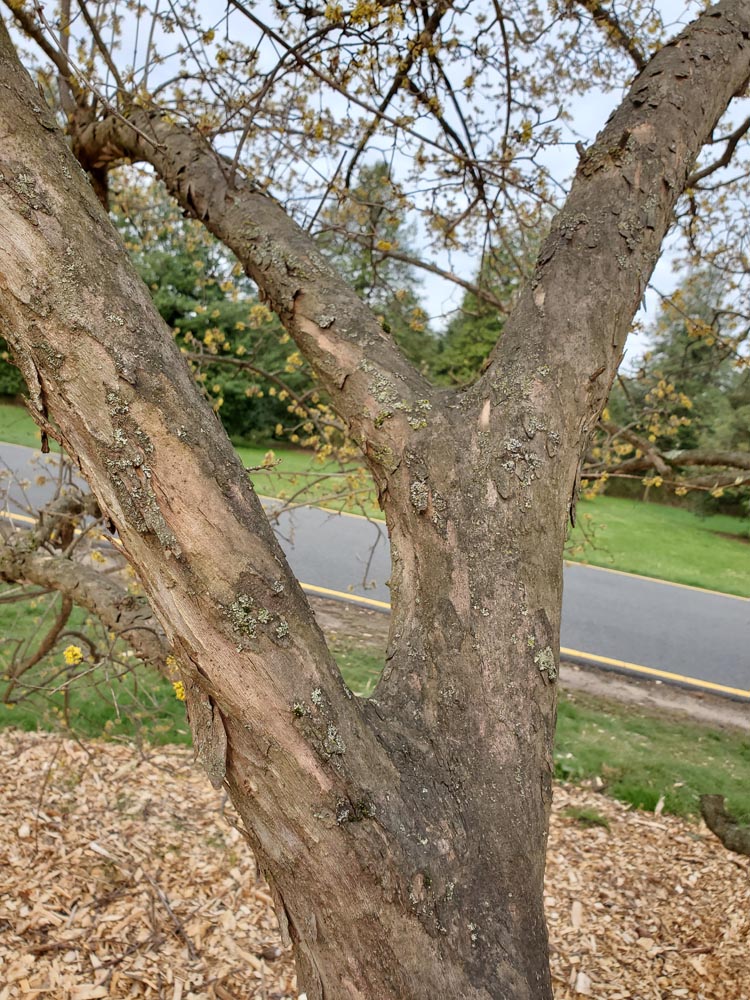 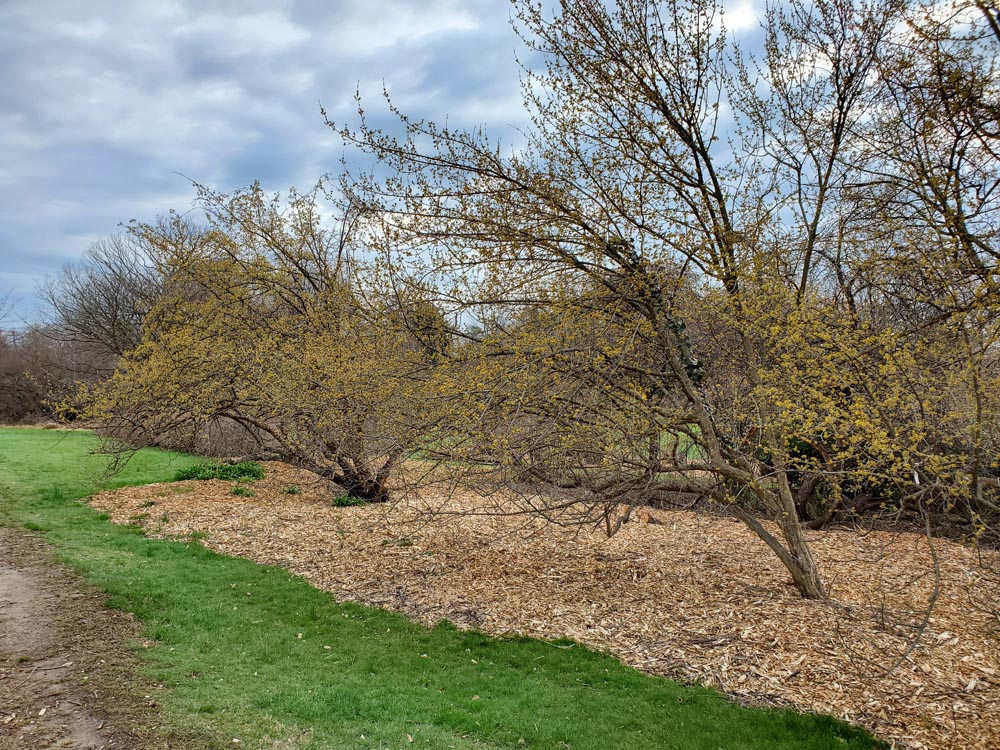 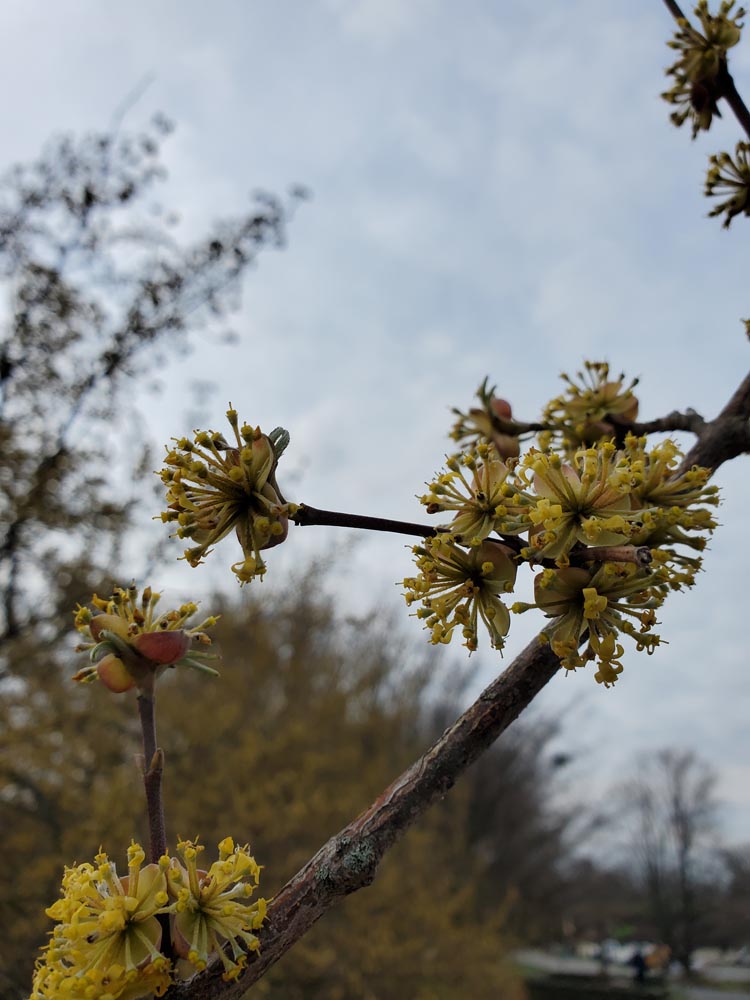 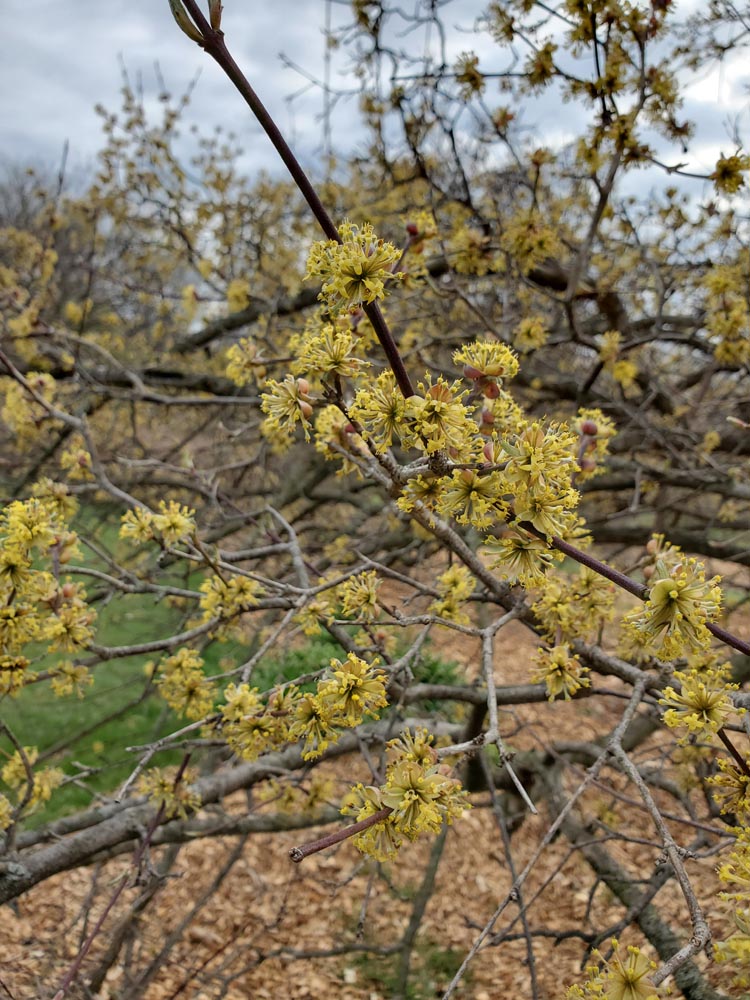