The Chinese chestnut was originally introduced to cultivation in the US in 1853.  Its nut, while not as sweet as the American chestnut, is valuable for human consumption and is also good for wildlife and livestock.  Most of the chestnuts that we see in the landscape today are one of these Chinese varieties as the American chestnut has largely been wiped out in most native areas due to a Chestnut blight disease that was introduced with some of the Asian varieties in 1904.

The tree does best in full sun with at least 6 hours of direct sunlight per day.  It does tolerate a vast array of soil types from moist to dry and once established will be quite drought tolerant.  Average growth rate can be 6 to 24 inches per year, maturing at 40-60 feet in height and just as wide.

The tree tends to branch low to the ground and often develops co-dominant stems and a wide spreading habit with a rounded shape.  The wood is quite heavy with a nice grain pattern and is resistant to decay and rot.  The bark is a smooth grayish-brown when young becoming more deeply furrowed with age.

The leaves are a shiny green and 3-6” in length and 1.5-2” wide with large toothed margins.  Fall color can be a nice yellow to orange.  Chinese chestnut does have a very showy flower display in June with 6-8” long creamy white to yellow racemes.  While they are attractive to the eye, they are a bit unpleasant to your olfactory senses and resemble a cat litter box at times.

The nut is large and meaty but covered in a spiny protective husk that can be quite painful to handle without gloves.  The nut ripens in September to October, just in time to roast over your open fire.  If you like to grow your own food and enjoy your shade at the same time, a Chinese chestnut might be just the tree for you. 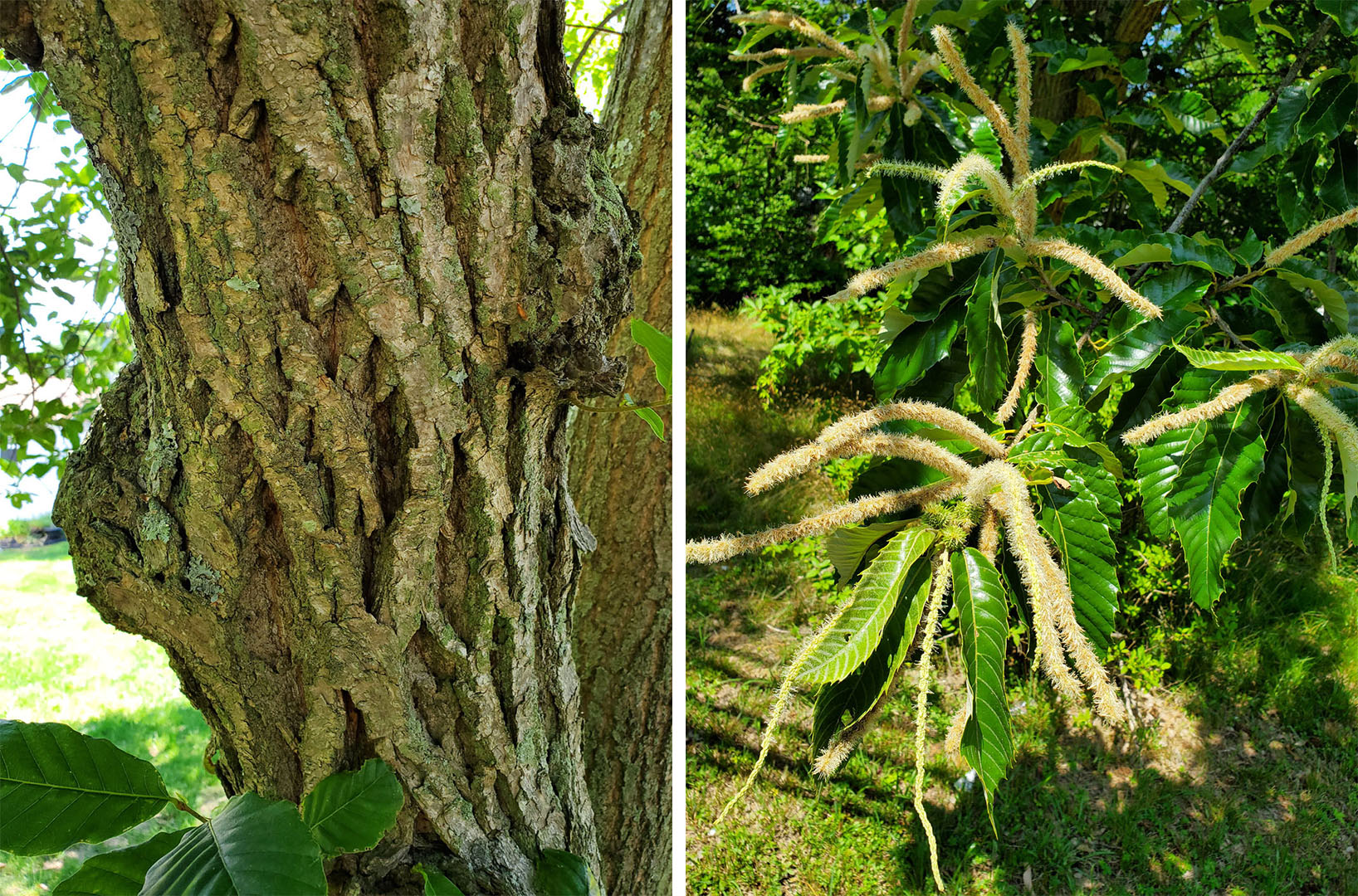 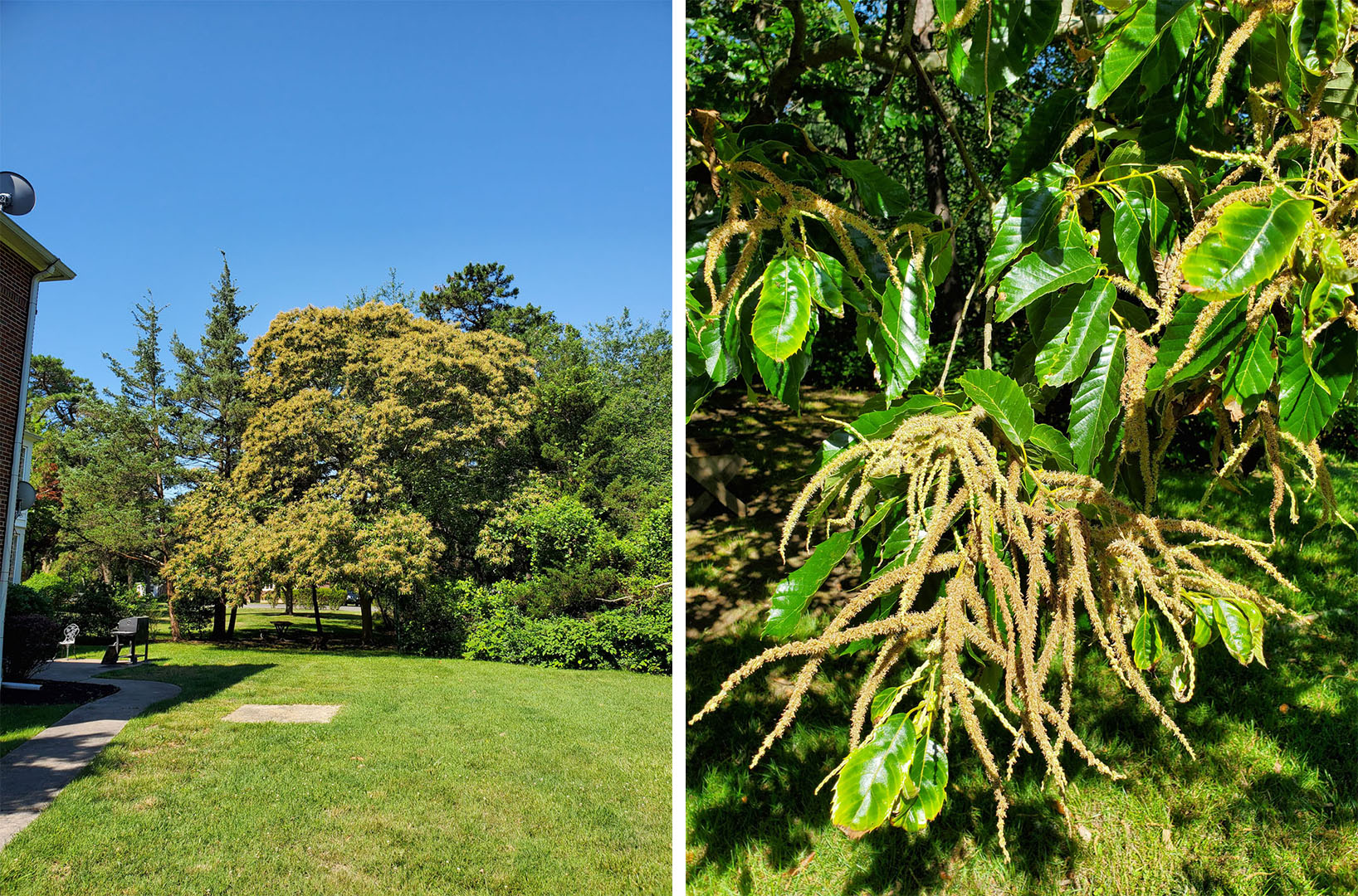