Black Locust, sometimes called Yellow Locust, is native to the Allegheny Mountains, but was liked so well by farmers and shipbuilders that it was planted all over the U.S. and exported to South Africa, Asia and Europe.  Some regions now consider it an invasive species and ban its’ planting.  The wood is very strong and durable, ideal for fences, furniture and shipbuilding.  It is also highly prized for firewood due to its ability to regenerate from cut stumps and generating hot and long burning fires. 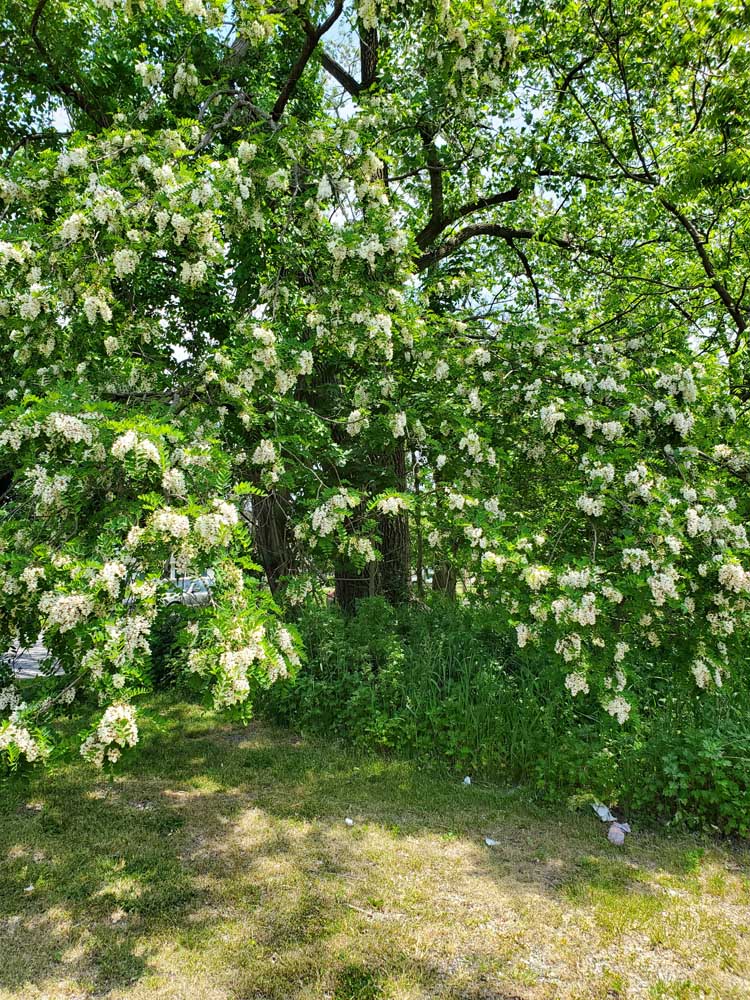 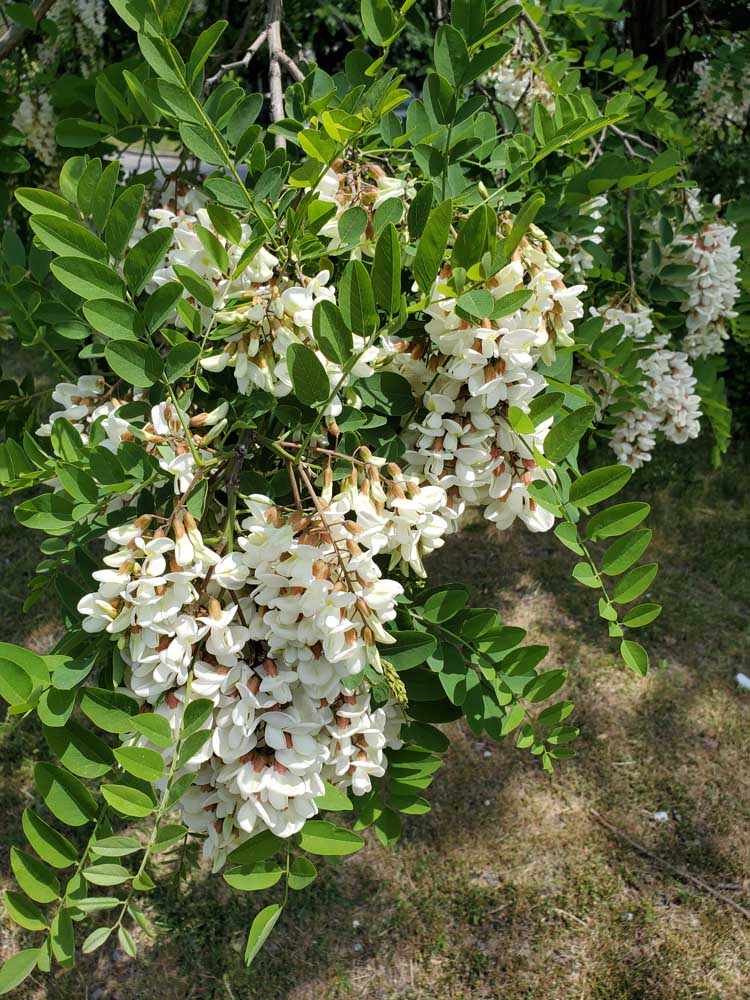 They are fast growing trees often reaching over 20 feet in 5 years, maturing at 50-100’ in height, with trunks 2-4’ in diameter.  They seed themselves freely and also spread underground as they send up shoots from their roots. Black locust is also one of a few trees known to fix its own nitrogen from the soil, which allows it to adapt to poor soils.  Not generally recommended for landscape use, they do handle tough conditions and are ideal for afforestation purposes in previously mined or stripped areas. 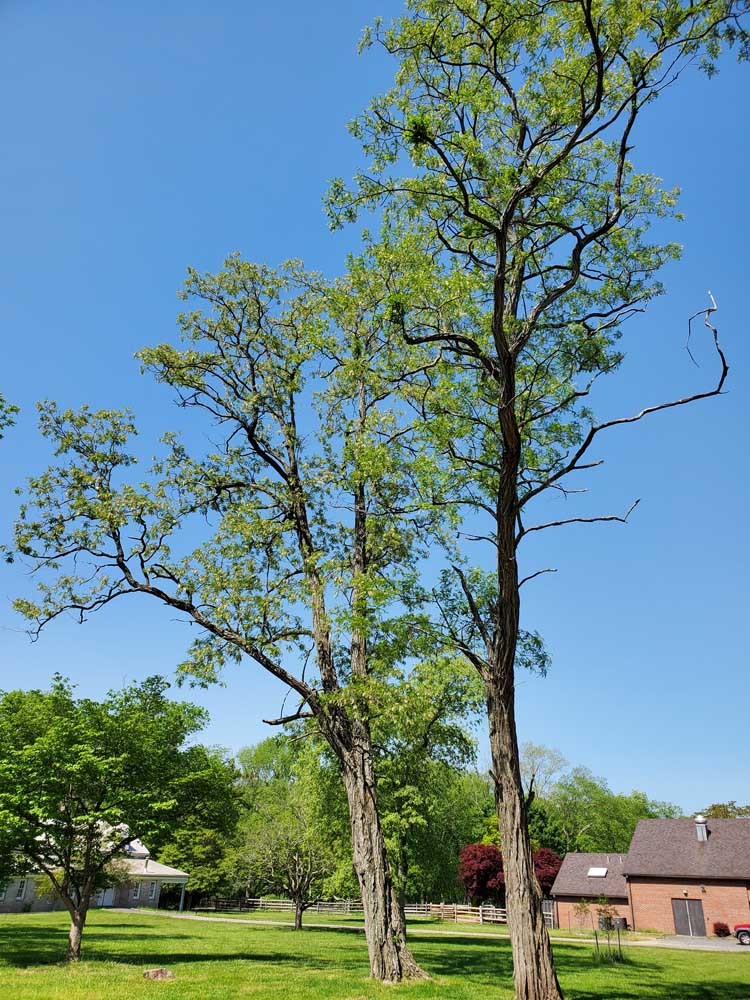 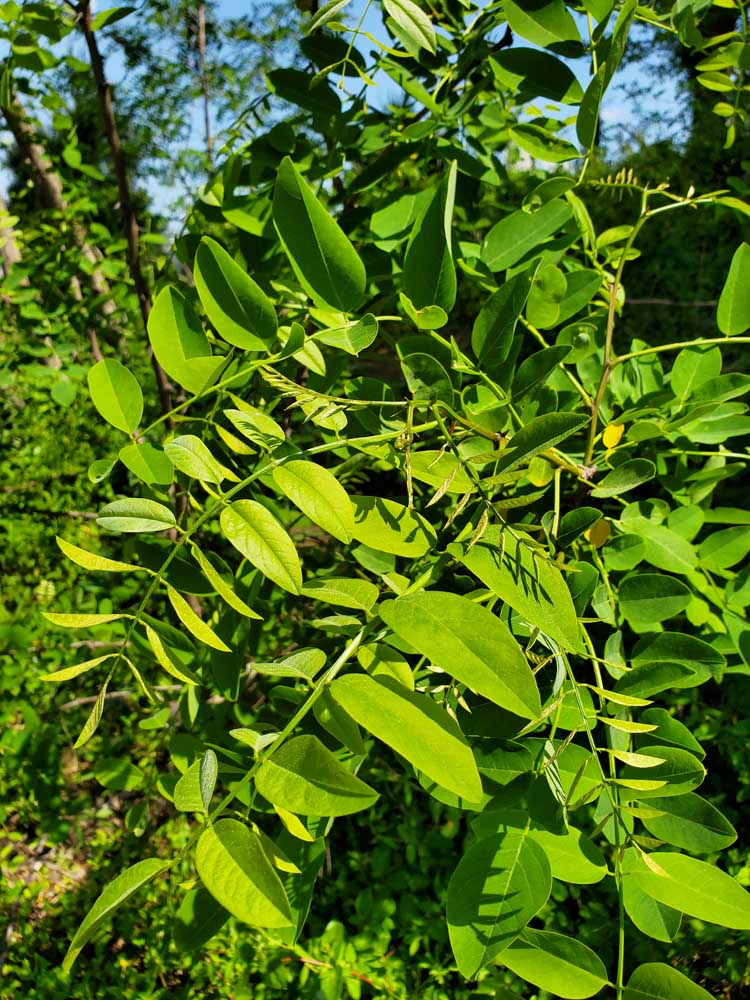 Black locust is a legume and a member of the pea family. It has a 2-4” long fruit pod containing 4 to 8 seeds.  The pods emerge after flowering in the early summer, turning from green to brown and will sometimes persist into winter.  The young growth generally has very sharp spines often arranged in pairs at the base of the leaf stem that can cause inflammation and infection.  The leaves are compound with 9-19 elliptical leaflets and are a medium dull green in summer with a pale-yellow fall color. 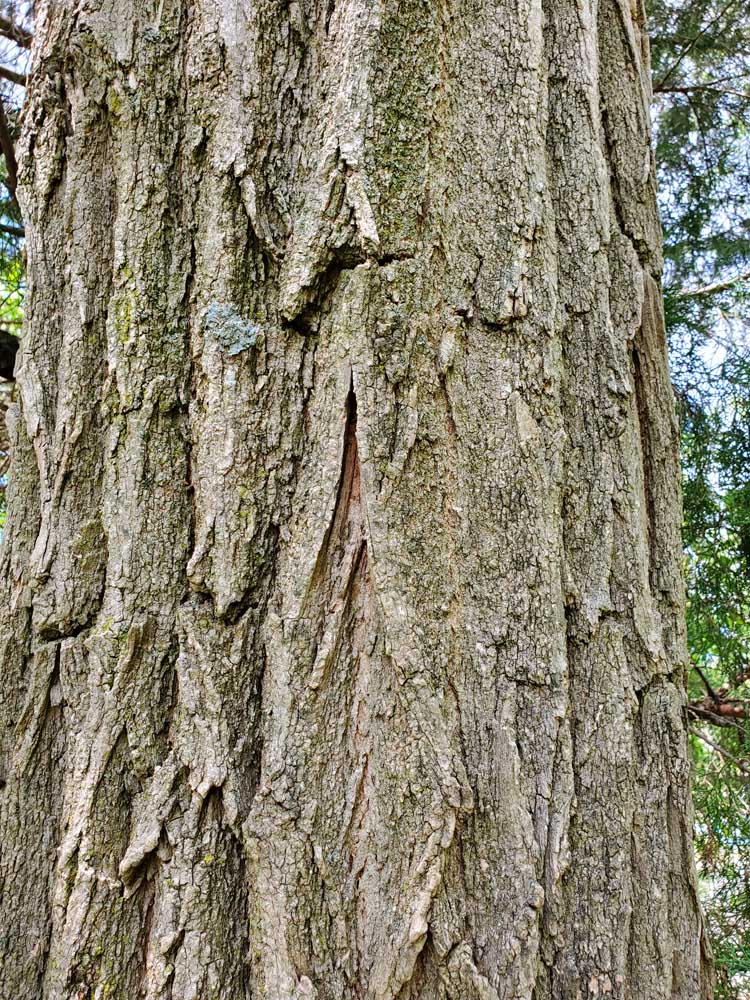 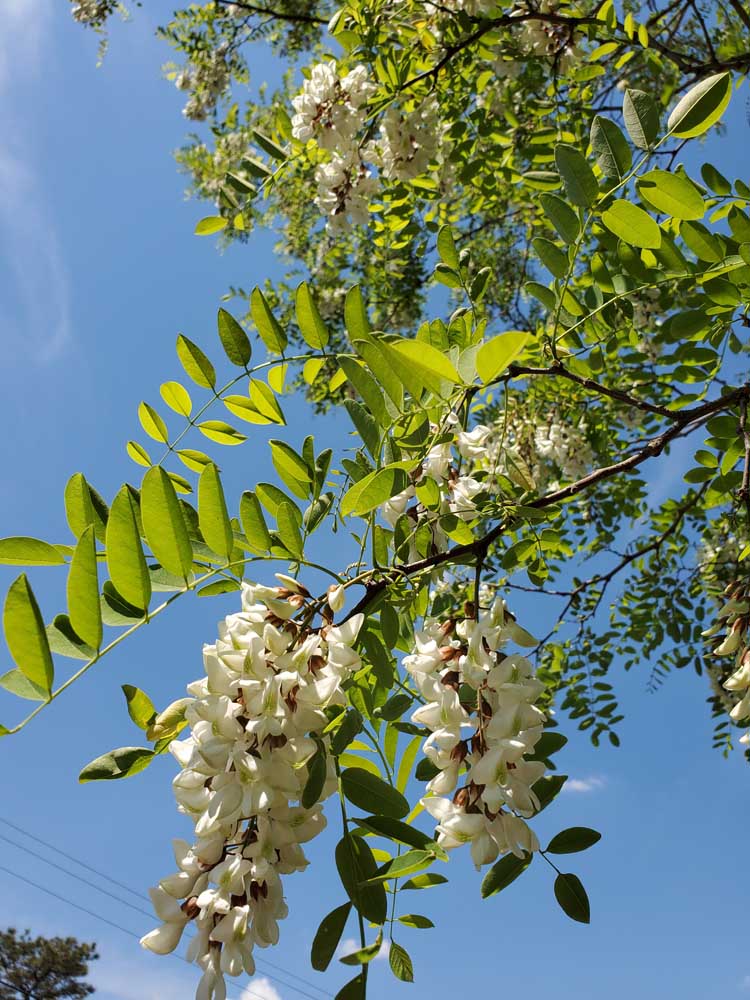 The bark is a yellow-brown when young and turning more yellow-gray and deeply furrowed with age.  The spiny thorns, resembling a shark fin, may appear on the trunk wood of younger trees, but fade with age.  The flowers, borne in late May to early June are in 4-8” long cream-white racemes and are extremely fragrant.  One of the best smelling trees in the spring, they attract many pollinators, and bees make a delicious honey from them.

While not often used in a landscape setting, there are two cultivars occasionally found as interesting specimens to add interest and color.  ‘Purple Robe’ is a smaller and narrower growing tree with a purple flower, and ‘Freesia’ is a yellow leafed variety.  Black locust is a tough native tree that is often overlooked but serves many utilitarian purposes.