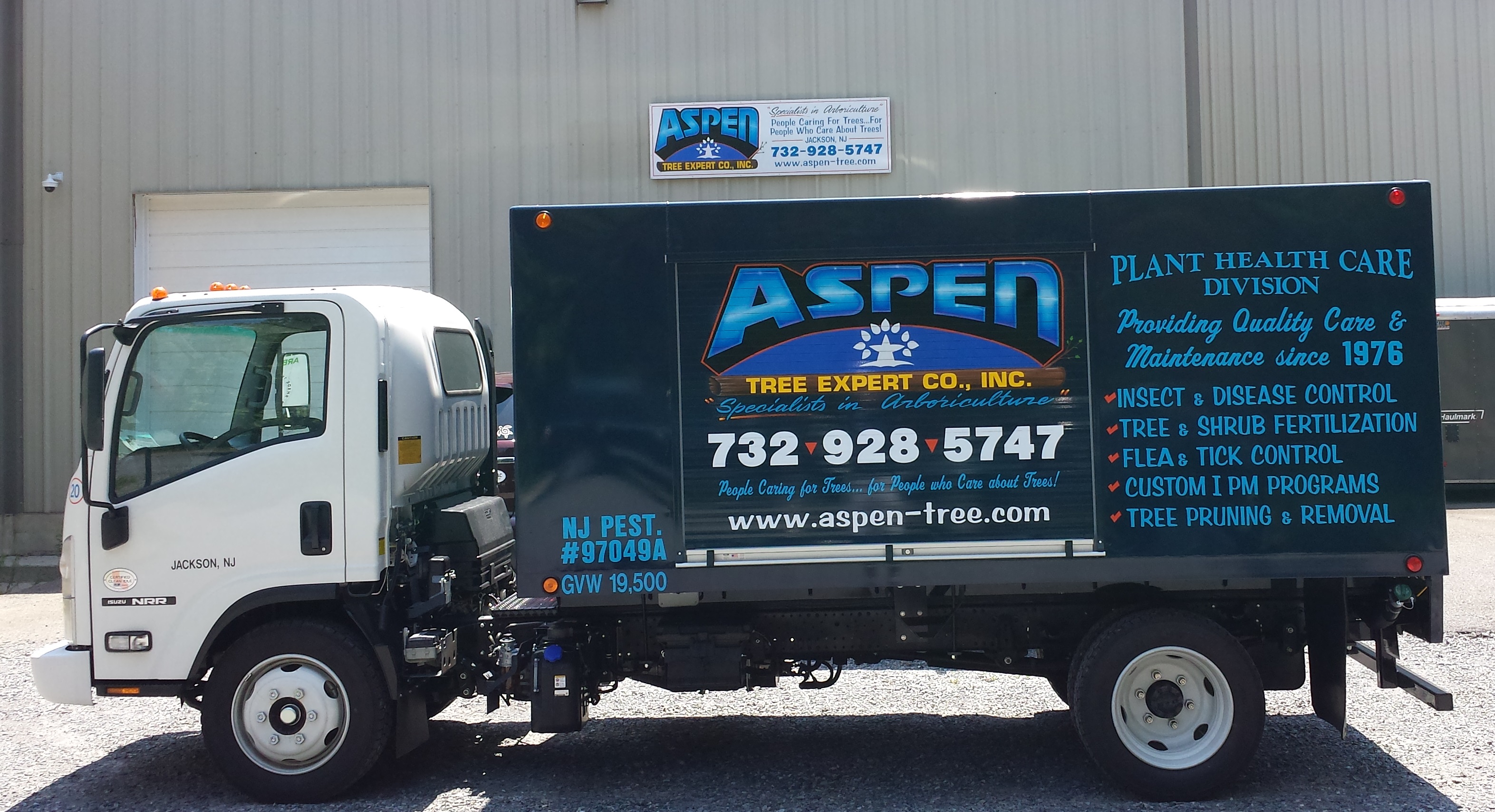 A Bit About Our History

LOCATED IN JACKSON, NJ AND PROUDLY SERVICE THE SURROUNDING AREA

Aspen Tree Expert Co., Inc was started in Freehold, NJ at the kitchen table in February of 1976.

Since that time, our involvement in the tree care industry has grown and the business has expanded and moved to Jackson, NJ. Steve Chisholm Sr., President of Aspen, is involved in many aspects of the industry, both in New Jersey and nationally, helping us to gain some notoriety as a prominent force in NJ arboricultural circles. He is a New Jersey Licensed Tree Expert (LTE #248) and is President of the NJ Board of Tree Experts.

A large part of the success of Aspen Tree is due to the fact that our company is truly a family business. Stephen Chisholm, Jr. is a New Jersey Licensed Tree Expert (LTE #330), ISA Certified Arborist, CTSP and is also actively involved in many areas of the industry. Steve is also currently serving as President of the Jackson Chamber of Commerce.

Mark Chisholm is also a New Jersey Licensed Tree Expert (LTE #348). Mark's involvement is specifically as a top climber at Aspen, and he has represented New Jersey as our state climbing champion at the International Tree Climbing Championships for more than 20 years. Mark is a twenty-time NJ Tree Climbing Champion and three-time World Champion winning his third World title in Chicago in 2010. Mark was World Champion in 1997 and 2001 and had second place finishes in 1996 and 2000. He has appeared at numerous TCI Expos doing climbing demonstrations, and frequently does climbing seminars in New Jersey and around the world. He is also currently the spokesperson for Stihl and Tuefelberger, representing their interests at various seminars and trade shows across the country and overseas.

The Chisholm men are not the only family members on this "family tree." Laura Chisholm is the Office Manager and Secretary/Treasurer at Aspen Tree. She is also a NJ Licensed Tree Expert (LTE #343), and President of the NJ Society of Tree Experts. She previously served on the Board of Directors of the NJ Shade Tree Federation. In fact, the Chisholms are the first to have four LTEs in one family in New Jersey. All four are also ISA Certified Arborists, and have each been awarded the prestigious Arborist of the Year award by the Arborist Association of New Jersey. Further family involvement extends to Connie Chisholm, Stephen's wife, who is the Assistant Office Manager and former secretary for the New Jersey Society of Tree Experts.

Aspen Tree's history and involvement in the industry is also evidenced by our "extended family," which includes six other NJ Licensed Tree Experts, four ISA Certified Arborists, seven Certified Treecare Safety Professionals (CTSP's), previous Arborist Association of NJ board members, and Arborist of the Year winner Paul Blejwas. Our employees are the most qualified anywhere and are all trained professionals with extensive knowledge and expertise.

We take great pride in our over 45 years of experience and service to an industry we love.

Why Choose Aspen for your tree service needs?

There are many differences in tree services, as with any other business. We pride ourselves on the high standards we have set and maintained for over 40 years. We have nine New Jersey Licensed Tree Experts, six ISA (International Society of Arboriculture) Certified Arborists, seven NJ Licensed Pesticide Applicators, and three CAA (Committee for the Advancement of Arboriculture) rated Master Arborists on staff to supervise all jobs, big or small, to ensure our customers of the highest quality professional service.

We also have four Certified Tree Care Safety Professionals on staff to ensure the safety of our crews, and to provide the safest work environment possible for our customers.

Things to Consider When Choosing an Arborist

• Will a NJ Certified Tree Expert be on site to supervise the work?

• Will they prune the entire tree and not just elevate lower limbs?

• Will they guarantee that no trees will be pruned using climbing spurs, which are injurious to trees?

• Will they submit the types of pruning definitions to demonstrate their knowledge of proper pruning cuts being made to the branch collar so as not to damage the trees?

• Will they abide by OSHA and ANSI regulations for safety and prove that they have been adequately trained?

• Do they carry adequate insurance, including workers compensation for tree service, and not just "contractor's liability?"

• Will they take precautions to protect your lawn from damage caused by heavy equipment?

• Will they treat your property with respect?

Positions We Hold in Our Industry